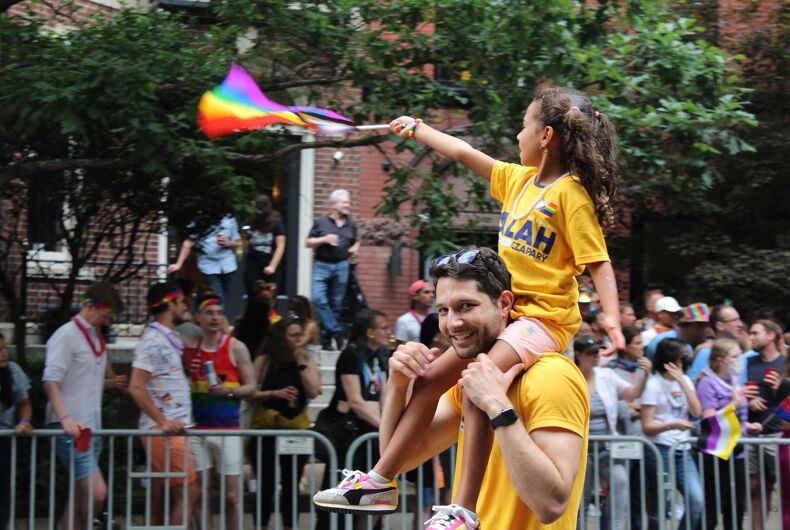 In one of the most competitive races in recent DC Council history, a gay former Metropolitan Police Department officer and son of a Palestinian refugee is poised to unseat the progressive incumbent in Ward 1.

Salah Czapary entered the race as a Democrat to represent Washington DC neighborhoods including Adams Morgan, Columbia Heights and LeDroit Park in February 2022, and has since racked up endorsements from The Washington Post and popular former mayor Anthony A. Williams. 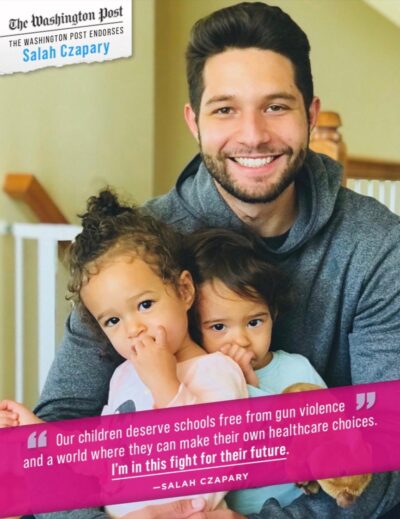 The DC primary is Tuesday, June 21.

What’s behind Czapary’s success so far? For one, the 31-year-old is, as Joe Biden described another up-and-coming candidate, “articulate and bright and clean and a nice-looking guy. I mean, that’s a storybook, man.”

Raised in the Baha’i faith of his Palestinian mother, Czapary grew up in nearby Rockville, Maryland, the youngest of four children. His father immigrated from Hungary. 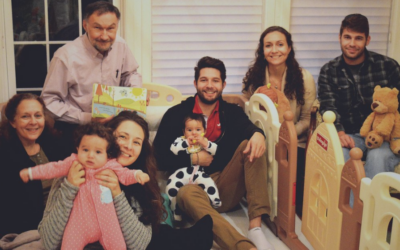 Czapary joined the district’s Metropolitan Police Department in 2016, rising from patrol officer to headquarters staff running outreach and volunteer programs as special assistant to Chief Robert Contee. At the same time, Czapary completed a fellowship at the Georgetown Law Center in Innovative Policing and The George Washington University’s Program for Excellence in Municipal Management.

If elected, Czapary would be the first Arab-American on the DC Council and the only openly LGBTQ sitting member since 2015.

As a former cop, Czapary has made public safety and police community relations a centerpiece of his campaign. The violent crime rate is up 18 percent in DC over last year, with homicides up 8 percent, the fifth straight annual uptick. In Ward 1, the city’s densest, there have been at least 7 homicides so far in 2022.

Czapary points to the Community Policing Working Groups he coordinated in 2019 and 2021 as a model. Together with Howard University, a constituent in Ward 1 if Czapary is elected, the MPD conducted a series of listening sessions across the city. 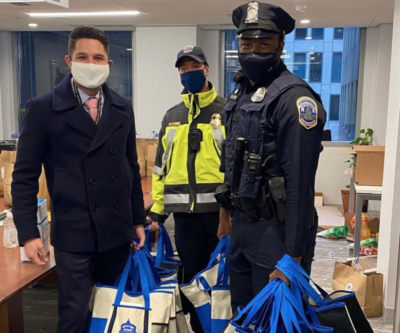 Czapary says there’s a “morale crisis” on the force because of staffing shortages, canceled days off and extended shifts, and points to Nadeau for voting to cut the police hiring budget in 2020.

“One of my criticisms of the incumbent is that she hosted a public safety forum a few weeks ago and didn’t invite the police,” Czapary told the Post. “I mean, it’s your role to create those bridges.”

Following the recent mass shooting in Uvalde, Texas, Czapary reiterated his support for stricter gun control: “We tragically lost the lives of 18 innocent children in Texas to a gunman who was not even legally allowed to drink, but he was able to obtain military-grade weaponry.”

My only edit to this sign: "Ban assault
weapons AGAIN."

We've done it before. We can do it again.#MarchforOurLives pic.twitter.com/x4v6ykn3i9

“The age to buy a gun should be raised, guns should be registered, and people obtaining guns should undergo mandatory waiting periods, training, mental health screening, and re-qualification. Universal background checks should be a national standard.”

Czapary was working as the director of the Strategic Engagement Office at MPD and as a reserve officer when the Capital erupted in insurrection on January 6, 2021.

“The Capital Police is asking for assistance, so we were like, let’s walk outside and see what’s going on because we’re not so far,” he said. “It was like a medieval battle, is what it looked like. People and all these flags moving toward the Capital.”

“So I told my deputy, we better suit up.”

Czapary and his team ended up supporting responding agencies from outside the District getting into DC and obtaining comms.

“In my own reflection, I feel guilt that I was never inside the Capitol, because a lot of the guys I worked with when I was a full-time officer were right in the thick of it and really fighting for their lives. But at the same time, you know, I’m proud that I was able to do my part and assist in the response.”

Czapary’s campaign hasn’t been without its challenges.

A month ago, Czapary came under fire from his opponents following disclosures on social media and in a Washington City Paper story that his campaign chairman, William Pack, had close ties to pro-Trump Republican organizations, including the Claremont Institute, a conservative think tank. Nadeau launched a website dedicated to the allegations.

Sure politics is a tough business but as the son of a refugee and immigrant, a gay man, and someone who was part of MPD’s response to the Jan 6th insurrection, having that vile pin photoshopped on my clothes is deceptive and untrue. Shame on you @BrianneKNadeau. (2/2)

“The idea that I’m being painted as a Donald Trump plant is ridiculous,” Czapary said at the time. “I mean, I’m an Arab American gay man. My mom’s a Palestinian refugee. My dad’s a Hungarian immigrant. Donald Trump’s bigotry was personal to me and personal to my family.”

“When I found out that [Pack’s] politics didn’t align, I took immediate action,” he said in an interview. “I will own that mistake.”

Czapary, who is running as a Democrat, was registered as an independent until earlier this year.

“My team is very much rooted in the Democratic Party,” he said. “My campaign manager is Steve Schwab, who Speaker Nancy Pelosi called ‘an incredible leader,’ has run a dozen Democratic campaigns. My field director worked for Bernie Sanders and my committee leader worked on both the Obama and Biden campaigns.”

Should he be elected, Czapany will fill the seat of longtime, openly gay Ward 1 council rep Jim Graham, who died in 2017.

Jim, and those of his generation, broke barriers that have made it possible for me, a gay Arab-American man, the son of refugees, to participate fully in government and public service and to continue the fight towards full equality for all.

Czapany calls Graham a role model not only in that he served as an out council member, “but in the sense that he was present and available” to Ward 1 residents. 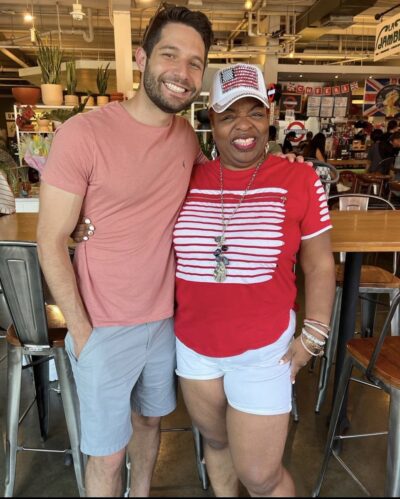 Washington, says Czapany, has a history of welcoming LGBTQ people and others fleeing persecution, “but we still see there’s discrimination.”

Czapany’s focus on LGBTQ issues would include “making sure DC remains open and welcoming to people fleeing persecution,” including transgender and gay youth, and addressing a housing and LGBTQ-affirming care crisis in those groups.

Czapany says he has a transgender cousin whom his family has rallied around in support.

I was 19 years old the first time I acknowledged, to myself, that I was gay. It took me seven years to come out to a straight colleague for the first time at 26. It was scary and exhilarating. 🧵

Let’s ensure that our city remains and grows as a safe and welcoming place for those seeking refuge and acceptance.

While Czapany says he hasn’t practiced the Baha’i faith he was raised in for some time, it does animate his choice to serve. A necklace he wears is inscribed, “God is the helper of those souls whose aim is to serve humanity.”

One of the tenets of Baha’i bars adherents from engaging in partisan politics. His jump into the Council race forced Czapany to take sides in the overwhelmingly blue district.

“I was more worried coming out to my parents as a Democrat,” says Czapany, “than telling them I was gay.”