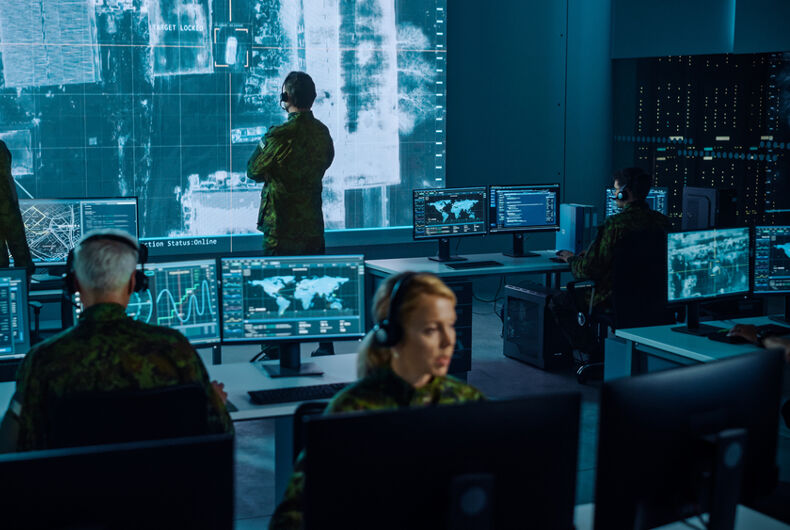 Propaganda and the dissemination of disinformation play a significant role in Russia’s war efforts against Ukraine. One of the main purveyors of this strategy is Russia’s Ministry of Foreign Affairs. The MFA, as it is known, is responsible for carrying out Putin’s diplomatic agenda.

In addition to the more traditional aspects of its mission, the MFA also takes an active role in less visible affairs, up to and including the targeting and harassment of independent journalists and perceived enemies of the Russian state. I know this because I was the victim of a smear campaign originating at the highest levels of the Russian government.

Her name is Maria Zakharova. Her official title is the Director of the Information and Press Department of the Ministry of Foreign Affairs of the Russian Federation.

On April 21, this “Director of Information,” launched an attack on me, an attack which led to tens of thousands of Russian trolls and bots flooding my Twitter timeline. Since I became a major name for infiltrating the “Stop the Steal conspiracy,” they accused me of participating in a high-profile murder here in Ukraine.

At the heart of Zakharova’s broadside against me is that I’m a transgender female and a proud member of the queer community who has been just across the border from Russia reporting on their war crimes and military losses.

The message appeared on Zakharova’s official Telegram account. Telegram, which operates as a hybrid service of What’s App, Twitter, and Facebook, is extremely popular throughout Eastern Europe, especially among users in Ukraine and Russia, and has become a primary method of public communication by politicians in both countries.

She began her missive by announcing the disappearance of an American ex-pat in Ukraine, Gonzalo Lira. Lira, whom Zakharova described as a journalist who spoke “honestly and competently” about Russia’s invasion of Ukraine, despite being called a “pro-Putin shill” by the Daily Beast just a month prior, had not been heard from for several days at the time of her posting.

He hadn’t in fact disappeared, he was being held by Ukrainian State Security services, an occurrence I had initially, and exclusively, reported on my personal Twitter timeline.

After her overview of events, Zakharova proceeded to state that “liberal queers and western journalists,” joined with “Neo Nazis” in joyfully discussing Lira’s detention. In a statement alleged to have been aimed at me, she added that the queers, journalists, and Nazis were “often the same thing.”

Next came her explicit attack. Describing me as a “transgender journalist from Las Vegas,” she accused me of taking pictures with “gangsters,” a reference to multiple photos I had posted of members of Ukraine’s Territorial Defense units and military.

It was then she added the accusation that I had wanted those with whom I didn’t agree “canceled and deleted from life.”

This was all it took. Hate and vitriol poured in against me in a way that was unfathomable hours before.

In stark numbers, the impressions on my Twitter account between April 20 and April 21 jumped to 1,090,566 from 542,650 the day before, despite me having sent 75 tweets on the 21st as compared to 141 on the 20th. The hate messages I received also increased exponentially along with the pure, unadulterated anger of their contents, much of it specifically focused on my gender and sexuality.

That evening, on a widely listened to broadcast, I was branded an “accomplice” to the murder of then “missing” Lira, over and over by the right-wing fundamentalist, Joe Oltmann, who is credited with being the creator of the Dominion voting machine conspiracy.

The lead-up to that program also included a reference to my gender identity by Oltmann.

Ironically, while Oltmann branded me a killer, I was reporting in real-time that Lira was alive.

On April 22, Lira was released from custody.

Though I verbally referenced the episode at the time, a little over a week later, center-right publication The Bulwark covered the entire event.

In a piece titled, “The Redpill Grifter Who Became an Anti-Ukraine Propagandist”, author Cathy Young pointed out that Zakharova’s words about me were directly referenced by the Russian Ministry of Foreign Affairs.

She also included a link to a widely followed professor from Columbia University, Richard Hanania, who touted my presence in Ukraine as a “Nazi-Transgender Alliance in favor of disappearing journalists.”

The words from all involved would be laughable had they not been so personally and professionally damaging. As a journalist and author, becoming the story isn’t ideal, although it happens.

As a transgender woman, one who carries a label that is represented in the queer alphabet, I understand that hatred and scorn are part of the burden I bear in order to live authentically.

As a human being, someone innocent of all the accusations foisted at me by the Russian nation, and its agents, I find this incident equal parts validating and traumatizing.

While the fallout continues, my biggest takeaway from this matter is an internal lesson in strength and resolve: No matter the words, the slander, and the lies, I have and will continue to live in truth and with facts and freedom as my allies in reporting the stories I cover.

Going to your first drag show? Here’s what you absolutely need to know