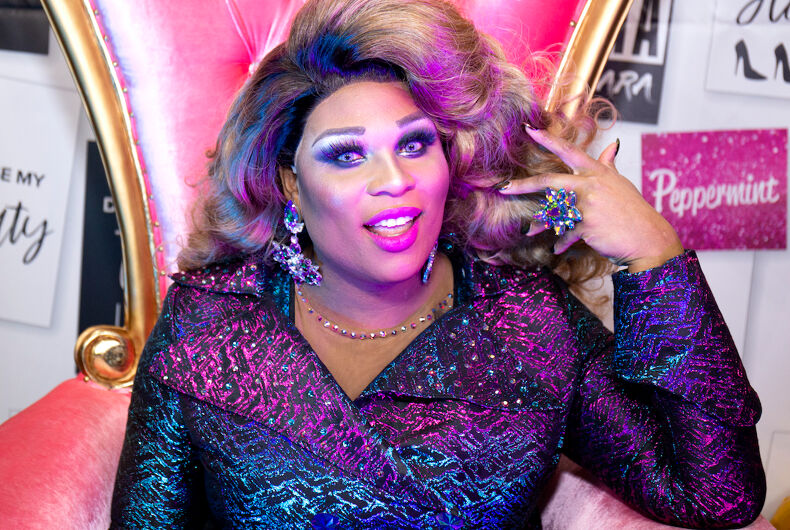 Queer, straight or anywhere in-between, going to your first drag show is an unforgettable experience. The glamour, the camp, the sheer gay fun of it all. But if you’ve never been to a drag show, you may be surprised to learn that there are definitely expectations of you as an audience member.

Don’t worry, with this guide, we’ve got you on what to do to make your first show as fabulous as possible for both you and the performers.

BRING. CASH. Lots of it.

This is perhaps the biggest piece of advice for going to any drag show.

Besides cash prizes for winners (and only winners), cash tips are often the only form of income that local performers receive from drag. Needless to say, showing up to a drag show without having stopped at an ATM beforehand is a cardinal sin.

“Some nights, I’ve sat there and wondered if the tips I got even covered the cost of the makeup I have on,” Dallas-area queen Nikki Teen said. “It sucks to spend hundreds of dollars on looks only to get $12 in tips.”

Make sure to bring enough bills to give at least a couple to every performer (please try to tip every performer!). We recommend bringing at minimum about $25-$30 in multiple denominations; plenty of singles followed by some larger bills to give to entertainers you especially enjoy. Thankfully, if you did forget cash, most venues hosting drag shows have ATMs on-site, but be prepared to pay those pesky ATM fees. Forgot to bring cash and don’t have an ATM available, or run out of cash? If possible, ask a queen or king if they have a Cash App or Venmo so you can send a virtual tip.

Try your best to stay for the entire show

With the exception of drag brunches and Pride events, drag shows have a tendency to take place later in the night when people go out for drinks and bar crawls. Especially at amateur events, shows can start at nine or ten at night and go on until as late as four in the morning. So if you’re an early riser, take a nap before getting ready for the show.

If you’re going to a local amateur drag show, it is often in a competition format in which the audience chooses their favorite act at the end of the night, with the winner often receiving a cash prize. It’s important to performers that audiences stick around and support each of the acts, so try your absolute best to stay until the end of the show. Waiting until the end also gives you an opportunity to thank and compliment performers on their acts after the show.

“Emotional support is very important [for performers],” Fort Worth-based queen Love told us. “Letting a queen know that you recognize and like what they bring to the table is an amazing way to offer support.”

Don’t be afraid to interact with performers!

Drag shows are definitely heavy on audience participation, so play along if a performer approaches you during their act!

“If I come up to you during a song,” Teen said, “Smile! Twirl me! Dance with me! Give me a little attitude!”

Performers often appreciate helpful gestures too. Is a queen wearing a pair of six-inch stilettos and trying to walk down stairs to get closer to the audience? If you’re sitting close by, give her a hand to escort her down. Did a king get showered in tips that are now scattered all over the floor? Help collect the cash and hand it to them or their friends.

Local performers also tend to stick around after finishing their act; so if you’d like, feel free to walk up to them and have a quick chat! However, be wary of approaching well-known performers if you’re going to a major production such as RuPaul’s Drag Race’s Werq the World Tour; the performers may be on a tight schedule and might not have time to chat after the show.

HAVE FUN! Be supportive of EVERY performer

According to the queens we spoke to, the only thing worse than coming home with a measly amount of tips is performing to a bored, unengaged audience.

The beauty of local drag shows is that you’ll often see acts that you wouldn’t see in mainstream drag, but that also means that performers who don’t fit the Drag Race aesthetic often don’t get as much appreciation for their act. Be energetic and cheer on every performer.

Wasn’t crazy about an act? Cheer anyway. Worldwide, extremely few are able to say they can pay their bills by doing drag, so audience feedback is what keeps these performers motivated every week.

Drag shows often take place later at night, so we get it if you start getting tired. If you find yourself losing energy, don’t be afraid to grab a Red Bull at the bar (between acts!). Make sure to take that nap before the show!

Though this guide isn’t fully comprehensive (as every show is different), it should give you a good idea of the major do’s and don’ts of drag shows. It all boils down to one point: be respectful and have fun!

Now get a move on, honey, you’ve got a spectacular show to get to!

What can you do when the Russian propaganda machine targets you? I found out the hard way