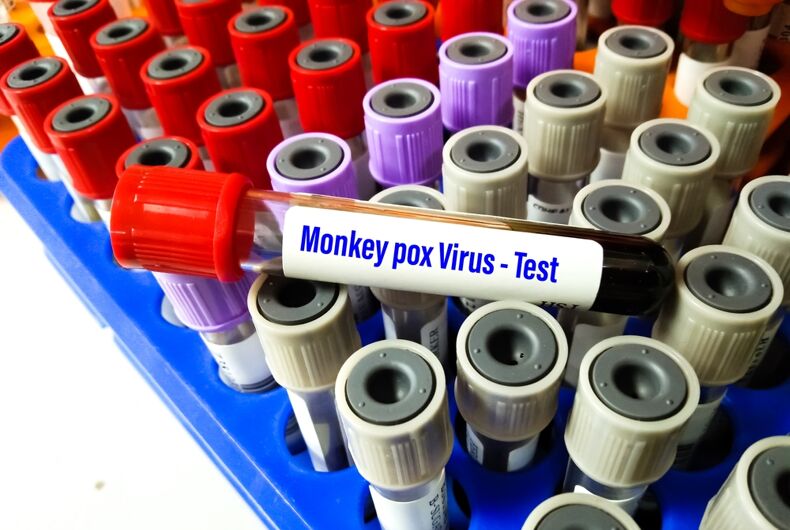 The United Nations’ AIDS agency (UNAID) spoke out against homophobic and racist coverage of the recent outbreak of monkeypox in the UK and U.S.

“Lessons from the AIDS response show that stigma and blame directed at certain groups of people can rapidly undermine outbreak response,” UNAIDS said in a press release.

Related: Here are some basic facts about HIV/AIDS you should know. Don’t be like DaBaby.

Multiple news outlets have reported on the outbreak by specifying the gender and sexuality of patients, and highlighting that queer men were the first victims. Outlets including the Associated Press reported on two events in Spain and Belgium that are considered superspreaders, including a Pride event in the Canary Islands and a gay sauna near Madrid.

Monkeypox is caused by a virus and can initially present with flu-like symptoms that ultimately turn into lesions on the body. It’s similar to smallpox in how it presents, though often milder.

The virus can be transmitted via contact with a person, animal, or surface who has been infected, but “researchers believe that human-to-human transmission is mostly through inhalation of large respiratory droplets rather than direct contact with bodily fluids or indirect contact through clothes,” according to Rodney E. Rohde, a microbiologist writing for Scientific American.

As of Saturday, May 21, the World Health Organization (WHO) had confirmed 92 cases and suspected 28 others; additional cases are likely to be announced this week. So far, Belgium is the first country to impose a quarantine for monkeypox.

The World Health Organization (WHO) made it clear that it’s too soon to determine whether monkeypox transmission can be linked to sexual activity.

“While close physical contact is a well-known risk factor for transmission, it is unclear at this time if monkeypox can be transmitted specifically through sexual transmission routes,” they said in a monkeypox fact sheet online.

An article tweeted out by the UNAIDS deputy executive editor, Matthew Kavanaugh, pointed out the similarities between homophobic coverage of monkeypox and news coverage around the AIDS epidemic.

“Monkeypox is not a gay disease and neither are any other infectious diseases,” the article states. “It is unfortunate that this still needs to be said, highlighting how little we have learned from previous outbreaks.”

Read @Boghuma @klts0 link #HIV to #COVID19 to #monkeypox “Monkeypox is not a gay disease and neither are any other infectious diseases…https://t.co/H7aMDFOq37

Monkeypox is an emerging virus that may not even turn out to be a wide threat to the U.S. public.

“Stigma directed at a particular group of individuals fuels fear and seriously impedes upon outbreak investigation, case identification and public health interventions,” said the article in Speaking of Medicine and Health.