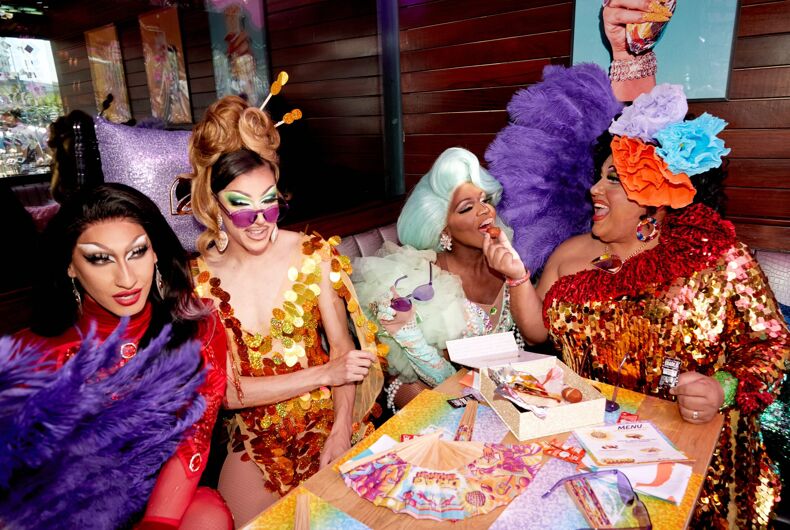 While some companies’ public support for LGBTQ people and causes are mild at best, Taco Bell is turning up the heat with a limited series of drag brunches highlighting the It Gets Better Project.

The five-city tour kicked off Sunday at the Taco Bell’s flagship cantina on the Las Vegas strip with a show hosted by Los Angeles-based performer Kay Sedia and featuring three local queens – as well as a couple of “bell boys.”

Related: Lil Nas X goes back to work for Taco Bell. This time he’s on the menu.

The cantina was decked out in rainbows, glitter, and boas, as well as some kitschy swag. Attendees received golden compact mirrors to check their looks, and a folding fan for when things started to get spicy.

With mimosas in hand, guests were encouraged to take a drink whenever they heard the word “bell,” which was typically followed by the classic Taco Bell sound. 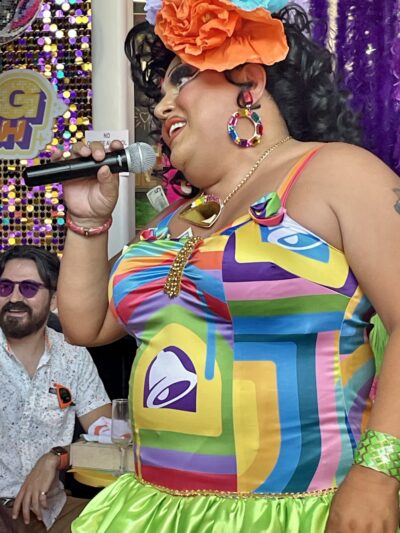 But it wasn’t just fierce looks and fried potatoes. Kay Sedia emphasized the importance of supporting LGBTQ communities through Taco Bell’s partnership with the It Gets Better Project.

“All jokes aside, I’m serious about where I get my tacos…and the impact of drag,” she said. Kay Sedia explained that performing in drag helped her feel more confident in her own skin. “I met myself through drag.”

The idea behind the drag brunches came from members of Taco Bell’s LGBTQ employee resource group, Live Más Pride, which launched in 2020.

“We understand the importance of creating safe spaces for the LGBTQIA+ community and are thrilled to provide a unique experience that spotlights and celebrates the wonderful artform of drag and its influence in culture with their chosen families,” Sean Tresvant, Taco Bell’s global chief brand officer, said in a release. “[Live Más Pride] has played a major role in driving awareness of and meaningfully supporting LGBTQIA+ communities both within Taco Bell and the communities we serve and operate in.”

It’s not the first time Taco Bell has collaborated with drag queens. The employee who started the Live Más Pride group has also hosted a drag queen story time as his drag persona Judy Latuda that included a “nationally recognized drag performer.”

The tour will continue with stops in Chicago, Nashville, New York City and Fort Lauderdale. The shows are already a hot ticket item. One couple attending the Las Vegas brunch said they flew in from Atlanta to be there.

Back in Atlanta from the @tacobell Drag Brunch in Vegas! @mrdelayer and I had an AMAZING time and met some fantastic people. Thanks for the hook up with the swag and the breakfast burrito box! 🏳️‍🌈 #tacobelldragbrunch pic.twitter.com/ky7Cyr5N7i

Another fan took to Twitter to bemoan the fact that she hadn’t been able to get a seat, asking: “Any scalpers selling tickets?”

I’m so mad I’m not a Fire! Tier Member 😫 Planning on either flying to Nashville or Ft Lauderdale for this. Any scalpers selling tickets? 🌮🔔 @tacobell #tacobelldragbrunch https://t.co/3TouTK6O4K

Hoping to get in on the action before the tour comes to a close? Reservations are available exclusively through OpenTable.