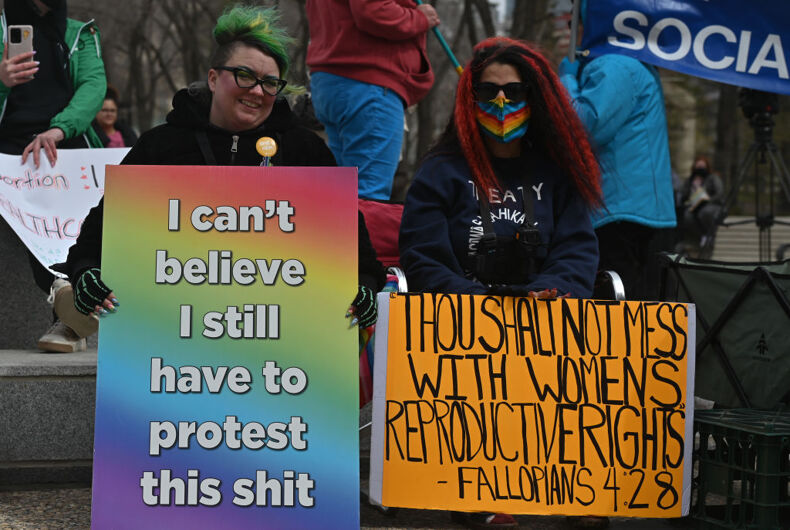 Local pro-Choice activists gathered at the Alberta Legislature in solidarity with US women.Photo: NurPhoto via Getty Images

After a draft opinion that would overturn Roe v Wade was leaked last week, the country has lit up with protests and condemnations by most of America (while the religious right and Republican politicians denounced the leak itself).

But protests weren’t limited to the United States. Worldwide, women and allied activists took to the streets to demand equality and respect for their bodies.

In Canada, these queer activists joined a protest at the Alberta legislature, with signs saying, “I can’t believe I still have to protest this shit.” In the photo, another person holds a clever handmade sign mocking the religious right’s claims that the Bible condemns abortion (actually, it condones it).

Their sign reads “Thou shalt not mess with women’s reproductive rights” and claims to cite “Fallopians 4:28.”