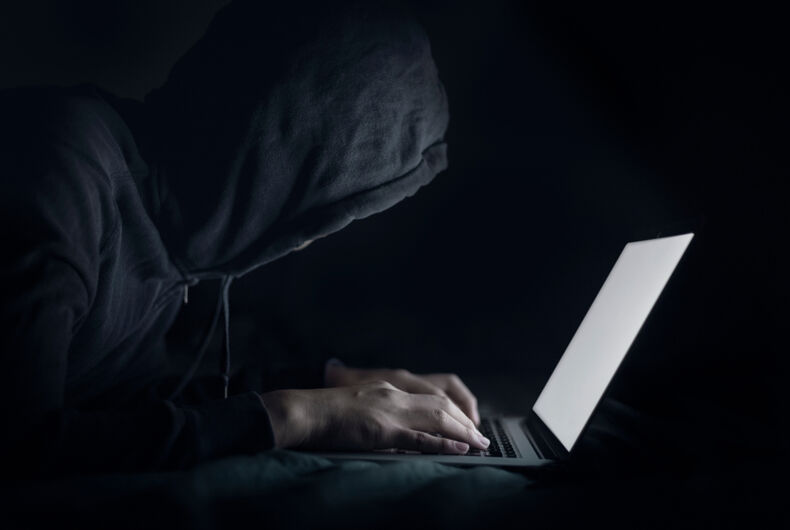 An internet forum where people pretending to be parents forcing their children to be transgender has gotten shut down after it was found to be full of fake stories.

As the U.S. plunges even deeper into a moral panic over children who are supposedly being forced to transition, some anti-transgender people are reacting to the fact that that never happens by making up stories about it and trying to pass them off as real.

Related: Why are Kentucky Republicans so afraid of a mediocre 12-year-old athlete?

“Anyone else have trouble convincing your teen kids to continue transitioning?” user “Funkyduffy” wrote on the subreddit r/TransParentTransKid. “My 15-year-old daughter (AMAB) has started refusing her estradiol so I’ve been crushing the pills and putting it in her cereal in the morning.”

Reddit is a largely anonymous internet platform where most users create unidentifiable handles and connections between users aren’t the focus, a contrast to social media platforms like Facebook, Instagram, and Twitter. This makes it easier and more accepted for people to create temporary profiles to say whatever they want on various forums called subreddits.

One such subreddit, r/TransParentTransKid, was started last August when some users decided to post fake stories to it to promote the negative stereotype that parents and schools are forcing kids to be transgender. In reality it is common for schools and parents to be obstacles to trans kids expressing their identities while it’s unheard of for schools and parents to impede cisgender kids the same way.

The user who called for the subreddit’s creation said that it would be “filled with stories about how our real/adoptive children magically learned they were also trans after finding out about their parents,” according to Reuters.

According to another subreddit, r/AgainstHateSubreddits, r/TransParentTransKid was shut down for violating Reddit’s rules because they were “engaged in promoting hatred of transgender people, as well as targeted harassment.”

But the stories still spread outside of Reddit to rightwingers who were all too willing to believe them.

“This is fucking child abuse and I’ll die on this Hill,” wrote libertarian author Justin O’Donnell on Twitter, posting a picture of Funkyduffy’s fake story. He got almost 46,000 likes for it.

This is fucking child abuse and I'll die on this Hill. pic.twitter.com/IdoU0rTS2L

Ian Miles Cheong – who has a history of posting misinformation about trans people online and even riling Rep. Marjorie Taylor Greene (R-GA) up – shared the story with the words “Good parenting.”

The story comes as conservative politicians and activists are claiming that there is a massive effort by schools and parents to turn children transgender.

For example, Rep. Greene said in February that there are “these mothers that think [having a trans child] is like having a handbag. They need to have a boy, a girl, and a trans child like as if they’re some kind of accessory.”

Funkyduffy’s story may have been one that pushed her to believe that such parents exist.

“I have never – not once – heard of a child being forced to transition,” said the ACLU’s Gillian Branstetter. “The exception is intersex children who are frequently forced into surgeries, yet every effort to ban gender-affirming care exempts those surgeries.”

I have never–not once–heard of a child being forced to transition. The exception is intersex children who are frequently forced into surgeries, yet every effort to ban gender-affirming care exempts those surgeries.