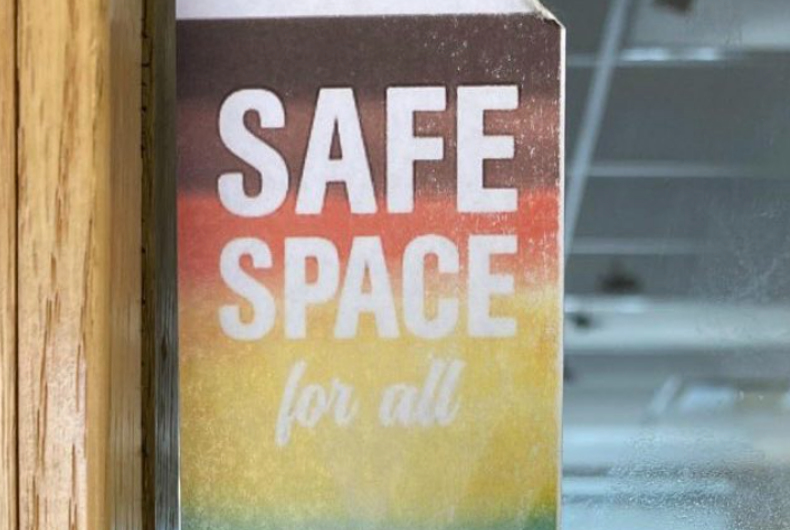 Teachers in a Missouri school district have been instructed to remove LGBTQ-inclusive “safe space” signs and stickers from their classrooms.

A community newsletter from Grain Valley schools, a district located about 23 miles south of Kansas City, said that the school board decided to remove the signs, saying that they “signal students could feel safe approaching them regarding personal LGBTQ questions.”

The signs, provided by the LGBTQ student advocacy organization GLSEN, aren’t primarily meant to be a signal for students to ask LGBTQ questions. They’re meant to signal a safe space from bullying and the existence of teachers who are generally supportive of students of all sexual orientations and gender identities.

However, in its community newsletter, the school district wrote, “Our goal is for every classroom to be a safe place for all students, not just in classrooms where teachers choose to display a particular sign.”

While the district remains committed to providing a “safe and inclusive” environment where “each student feels a sense of belonging,” it continued, “The use of these cards, however, is determined to not be an appropriate step at this time.”

The stickers seem especially necessary now that Missouri legislators are considering a ban on transgender athletes as well as a ban on gender-affirming medical care for trans people that could include those up to age 25. Studies have shown that supportive communities can reduce the LGBTQ youth suicides and mental distress that typically increase in anti-queer political environments.

Justice Horn, a candidate running for the Missouri legislature, posted about the district’s anti-safe space sticker policy on Twitter. Horn said, if elected, he would oppose such policies as the state’s first out elected official.

“In 2011, I tried taking my own life because I was bullied for being gay while attending Grain Valley South Middle School. My parents moved me out of the district,” Horn wrote.

“Today’s move [by the district] is taking what little visibility LGBTQ+ students may,” he continued. “This may seem small to some, but to queer students who may feel like they don’t have a place, this means the world. This may save a kid from making a similar decision like I did because we didn’t have these.”

In 2011, I tried taking my own life because I was bullied for being gay while attending Grain Valley South Middle School. My parents moved me out of the district. (1/2) pic.twitter.com/OQf8fKXjTm

No matter where you are in the world escaping the closet isn’t easy. Try it in Ukraine.