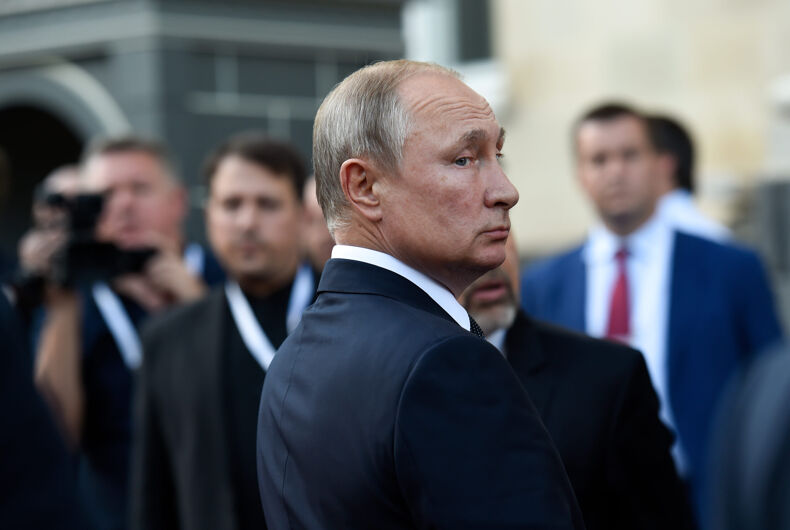 While the fines are ostensibly connected to the gay propaganda law, the court’s decision is more immediately connected to Russia’s attempts to discredit the social media outlets for exposing Russia’s war crimes during its continued invasion of Ukraine.

Since Russia began its invasion in February, the Russian government’s media regulator, Roskomnadzo, told Meta to stop fact-checking and labeling disinformation about the invasion posted by Russia’s state-owned media organizations. Roskomnadzor accused Meta of “the violation of fundamental human rights and freedoms, as well as the rights and freedoms of Russian citizens.”

Roskomnadzo subsequently pledged to slow down and “partially restrict access” to Meta’s platforms and Twitter. Russian citizens and neighboring countries use these social networks to access nongovernmental information and opinions as well as to organize and connect with the outside world. The networks’ censorship has been condemned by international free speech and journalist organizations.

Russia’s infamous gay propaganda law ostensibly seeks to “protect children” from any “propaganda of nontraditional sexual relationships” that might “raise interest… among minors.” However, the law has mostly been used to shut down LGBTQ events and websites, break up LGBTQ families, harass queer-friendly teachers, and shut down any positive acknowledgment of queer people’s existence.

The law has been roundly condemned by the United Nations Committee on the Rights of the Child, the human rights groups Amnesty International and Human Rights Watch and civil rights activists around the world.