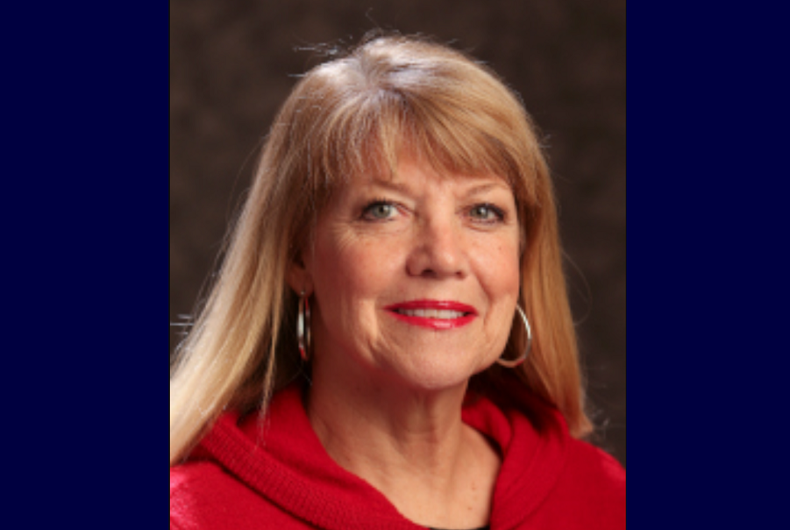 Kansas Rep. Cheryl Helmer (R) sent an unhinged email diatribe to a transgender student where she called one of her colleagues a “huge transgender female” and falsely claimed that women and children are “raped, sodomized and beaten” in bathrooms by transgender women.

“Personally I do not appreciate the huge transgender female who is now in our restrooms in the Capitol,” Helmer wrote to a student at the University of Kansas who wrote to her about her vote for a transgender sports ban, referring to her colleague state Rep. Stephanie Byers (D). “It is quite uncomforting.”

Related: Kansas’s Laura Kelly is the 4th governor this year to veto a trans sports ban

“I have asked the men if they would like a woman in their restroom and they freaked out,” she continued.

“Little girls have been raped, sodomized and beaten in the restrooms by these supposedly transgenders who may or may not be for real,” she continued in the email.

“As a Biology Major, I understand the difference biologically between a male and a woman,” Helmer continued. “No surgeon can cut, remove, wop, add to change the biology that is chemically occurring in each and every fiber, bone and molecule of every human being.”

“We’ve had girls beaten up by boys that say, ‘I feel like becoming girls today,” she later told the Topeka Capital-Journal, even though studies have shown that trans rights protections do not lead to increased violence against cis girls and women. “So that’s not fair either. And that’s what I was trying to come across with. But liberals don’t listen to us.”

“From someone that I work with, someone that I speak to, as we get out of our cars and take the elevator, no,” Byers said. “And I mean, I’m not shocked by it. I know who I am. And I know what the ideology is, as opposed to people like me, and I’m sure these discussions will be going on behind closed doors for the two years that I’ve been here.”

No matter where you are in the world escaping the closet isn’t easy. Try it in Ukraine.