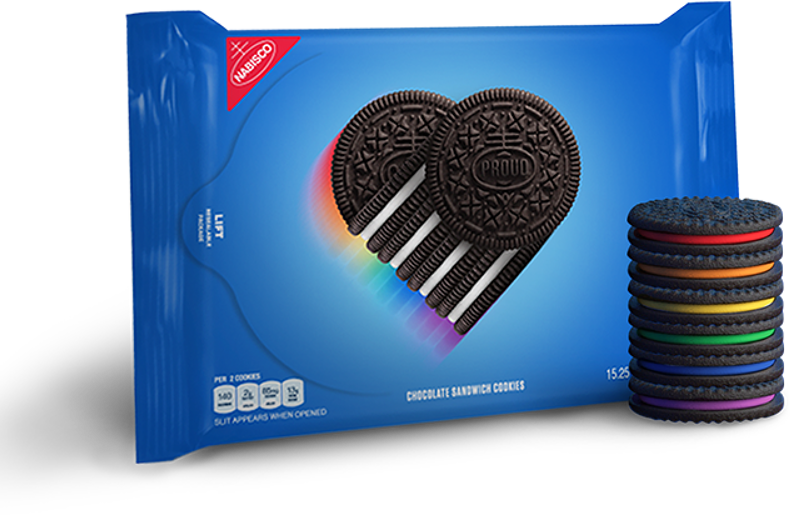 Conservative podcaster and Daily Wire editor Ben Shapiro shared his discomfort over a gay Oreo ad and got mocked for it online.

Oreo cookies released heartwarming short film by out director Alice Wu called The Note, where a young Chinese American man reads a note he prepared to come out to his grandmother as gay. His family listens and supports him.

“She might be my mother,” his mother wrote on the bottom of his note, “but you are my son.”

The film, created in partnership with PFLAG, is about how coming out is “a journey that needs love and courage every step of the way,” Oreo tweeted.

Coming out doesn’t happen just once. It’s a journey that needs love and courage every step of the way. Share our new film 👇 and let someone know you’re their #LifelongAlly. pic.twitter.com/S5ipPxZRON

All of that was lost on Shapiro, who responded, “Your cookie must affirm your sexual lifestyle,” referring to being gay as a “sexual lifestyle” and mocking the idea of supporting LGBTQ people.

A lot of people made fun of Shapiro for getting mad at a gay cookie commercial.

Ben: "Your wood must affirm your conservative lifestyle"

I dare conservatives not to lose their shit over a cookie commercial.

I’m glad you shared their film like they asked.

Good on ya Ben.

Even Wu joined in the mockery.

Shapiro tried to explain what he meant, and, in doing so, mocked the initialism “LGBTQ.” That is, it appears that he clarified that his problem with the cookie ad was that it was supportive of LGBTQ people.

“Guys, the story is that every woke corporation now believes it must become an activist LGBTQIA+-%6& outlet,” he wrote. He did not explain why he repeatedly used the word “must” in this context, as if someone was forcing Oreo to sponsor the film.

Again, the chief reply here seems to be: "How dare you notice that a cookie company is now running ads on sexual orientation?" Guys, the story is that every woke corporation now believes it must become an activist LGBTQIA+-%6& outlet. And yes, that's a story.