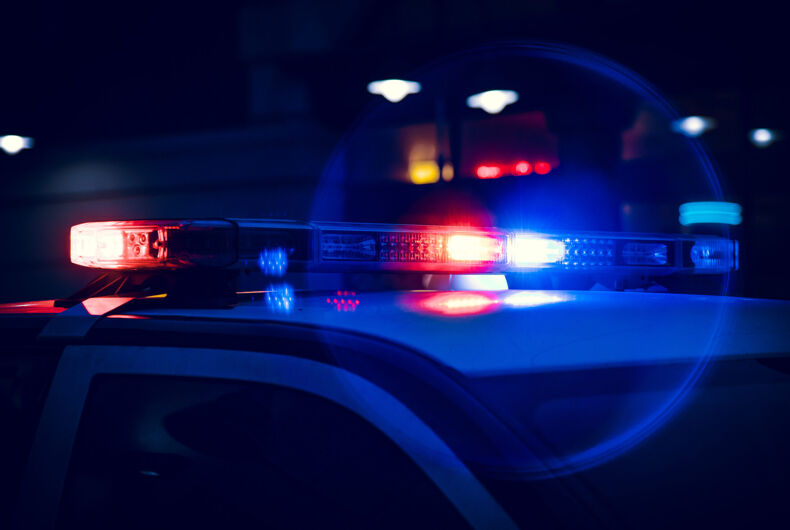 Police in Rhode Island arrested a man for allegedly punching and yelling anti-gay slurs at patrons standing outside of a local gay bar.

Police in Providence arrested 27-year-old Jacob Manning near 2 a.m. on Sunday morning after Manning allegedly punched four patrons in their faces and called them “fa***ts” while they stood outside of the Dark Lady queer bar. The patrons said they neither knew Manning nor what motivated his actions.

Witnesses said Manning had been in the bar before the alleged assault, though it’s unclear if he had been drinking. He then walked back inside the bar after the alleged attack.

Police charged Manning with four counts of simple assault. It’s unclear whether he’ll be charged with a hate crime for targeting gay people. Prosecutors will often use utterances of anti-gay slurs as proof of a suspected assailant’s homophobic hatred.

The actual number of hate crimes against LGBTQ people may be higher, especially since some queer people never report attacks against them, worried about being outed or harassed by police. Prosecutors don’t always pursue hate crime charges against attackers either since doing so raises the prosecutor’s burden of proof in trials. Hate crime trials require prosecutors to prove, beyond a reasonable doubt, that an alleged attacker harbor hatred towards their victims.

The Dark Lady was used as a setting in the 2020 gay comedic horror film Death Drop Gorgeous. In the film, the bar is called The Aut Haus (an German rendering of “the outhouse”, an outdoor toilet). A mysterious killer begins targeting the bar’s patrons, performers and workers.