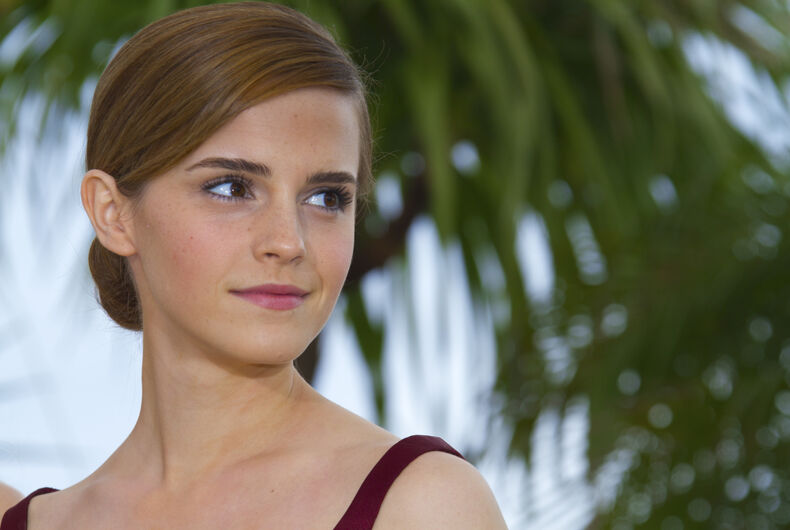 English actress Emma Watson stood up for transgender equality in a clip from a 2020 interview with Vogue that just resurfaced online.

“Do you feel comfortable with me using female toilets?” asked journalist Paris Lees, who is transgender.

“Oh my God of course!” Watson responded. “I would-”

“Does that depend on me having had surgery?” Lees asked.

“I don’t want to dwell on this for too long, but what would you say to those people who would have an issue sharing a public bathroom with me?” Lees continued.

“Oh my goodness,” Watson responded. “Say… that’s another human being.”

“I understand fearing what you don’t know. I understand, kind of, being like I don’t really understand about this and I’ve never met someone….”

“But go! Go and speak. Go learn, go speak, yeah go and look into the whites of someone’s eyes that’s had this experience and tell me, after you’ve done that, that you do not see or feel that you- that like there’s any part of you that feels that it’s OK to make that person not feel included.”

"That's another human being"

Emma Watson shining a light on how many of us cisgender women feel.

“While Jo is unquestionably responsible for the course my life has taken, as someone who has been honored to work with and continues to contribute to The Trevor Project for the last decade, and just as a human being, I feel compelled to say something at this moment.”

“Transgender women are women,” he continued. “Any statement to the contrary erases the identity and dignity of transgender people and goes against all advice given by professional health care associations who have far more expertise on this subject matter than either Jo or I.”

“To all the people who now feel that their experience of the books has been tarnished or diminished, I am deeply sorry for the pain these comments have caused you,” Radcliffe concluded. “I really hope that you don’t entirely lose what was valuable in these stories to you.”

This week in LGBTQ Twitter: Clapping back at Marjorie Taylor Greene’s transphobia