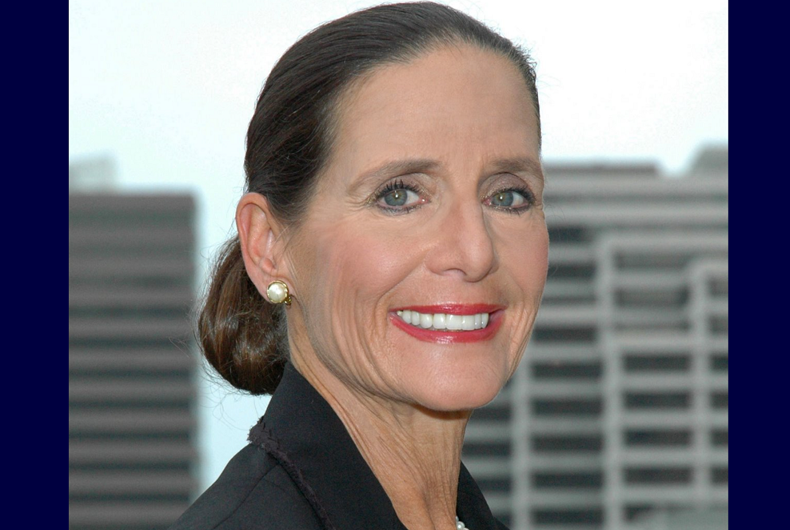 Ohio state Rep. Jean Schmidt (R) has come under fire for saying that getting pregnant as a result of rape is “an opportunity” for the rape victim to be a mother and “help” her rapist’s child “be a productive human being.”

Schmidt used to be a member of the U.S. House, where she earned a reputation for insulting and vitriolic statements. She lost to a primary challenger in 2012.

But she’s making her comeback now and she got elected to the state legislature in 2020. Earlier this year she introduced a Don’t Say Gay bill in the Ohio House.

She also introduced H.B. 598, which would ban abortion completely in Ohio if Roe v. Wade gets overturned, with no exceptions for rape or incest.

During debate about the bill, her colleague, state Rep. Rich Brown (D), asked her if the bill would require a 13-year-old rape victim to carry her rapist’s child “regardless of any emotional or psychological damage or trauma that may be inflicted upon this 13-year-old girl.”

“Mean Jean” Schmidt responded that “rape is a difficult issue… but if a baby is created, it is a human life.” She said that abortion won’t make “the scars [of rape] go away,” so there’s really no reason to not force the victim to go through with it.

“It is a shame that it happens but there is an opportunity for that woman, no matter how young or old she is, to make a determination about what she’s going to do to help that life be a productive human being,” Schmidt continued. “Just because you have emotional scars doesn’t give you the right to take the life.”

LGBTQ organizations have already sued Florida over its law, saying that it’s so vague that it effectively bans any mention of LGBTQ people, which violates their rights. Supporters of the bill are just calling anyone who opposes the bill a pedophile.

Schmidt’s bill also bans education on “divisive” topics, which include teaching materials that promote “diversity, equity, and inclusion learning outcomes” and “critical race theory,” a term that has become a catch-all on the right for any education about the history of racism in the U.S.

When Schmidt was in Congress, she earned the moniker “Mean Jean” when she said in 2005 that opponents of the Iraq War – and particularly former Marine and Rep. Jack Murtha (D-PA) – were “cowards” who want to “cut and run.” She later withdrew her remarks and apologized to Murtha.