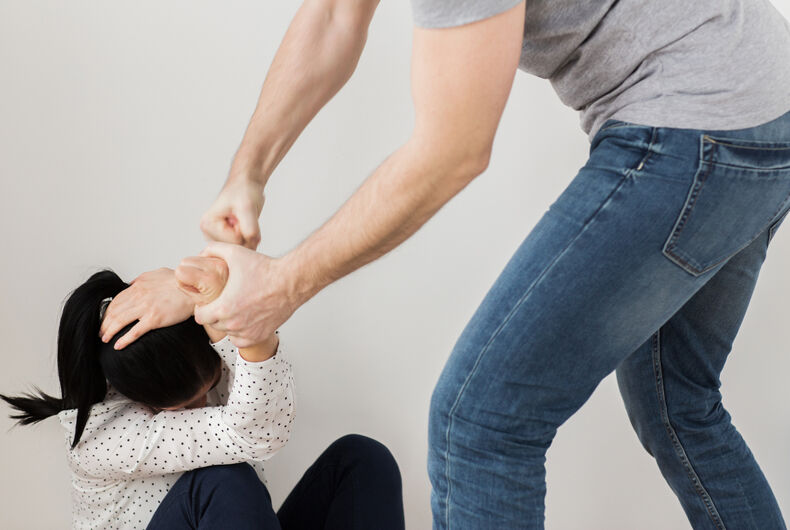 Out transgender comedian Grace Freud has accused film director Eamon O’Rourke of punching her in the head. Freud claims that O’Rourke’s agents are trying to do “damage control” to protect his “budding career,” but added that he still hasn’t publicly apologized for the alleged attack.

On April 20, Freud wrote via Twitter, “This man named Amon at Clara’s in Brooklyn punched me twice in the head tonight. Please let me know if you know who he is. I only know his first name.” She included pictures of her alleged attacker.

This man named Amon at Clara’s in Brooklyn punched me twice in the head tonight. Please let me know if you know who he is. I only know his first name. pic.twitter.com/kz5FFoyoUj

“What happened tonight is I stood up to an entitled, arrogant man and he didn’t like it,” she added. “He used that as a reason to sucker punch me in the head twice. As a survivor of assault, believe me when I say this is the hardest I’ve ever been hit in the head that really means something.”

Though her head hurt and she worried her jaw could be damaged, she didn’t immediately go to the emergency room. She later said that the doctor she saw said the head punches could’ve killed her, though she had no internal bleeding.

“This guy punched a trans chick, me, in the head multiple times in a row tonight in front of a ton of witnesses. I didn’t throw a single hit,” she continued. “Immediately after his friends tried to invalidate my identity, say what he did was justified and not offer help.”

“The fact of the matter is, if he punched a cis woman there would be zero question if it was ok,” she wrote. “I say this because it’s pretty obvious his reps are snooping around trying to find an angle that makes this ok.”

She then posted text messages, allegedly sent from O’Rourke to her on April 21. One message said, “Grace, I wanted to reach out after the awful events last night at Clara’s. My violent reaction at the end of our extended confrontation was simply unacceptable and there is no excuse for my behavior.”

Freud then said that “Eamon sent someone [to Clara’s] to do damage control and say it didn’t happen (?).” She posted a text message sent to her from a “Good Samaritan” who allegedly overheard “a guy” came into Clara’s the following evening and started “doing damage control trying to change narrative of story.”

The guy allegedly explained “what he thought happened and did it in defense of a director w a budding career,” meaning O’Rourke. “[The guy] asked for numbers to apologize/take control of story. saying his friend had no idea what happened and the cameras would prove it,” the text added.

Left: Eamon apologizing and admitting he attacked me
Right: A Good Samaritan at Clara’s right now letting me know that Eamon sent someone there to do damage control and say it didn’t happen (?) after this so called apology lol pic.twitter.com/t4sMsu2HKN

Freud wrote, “Like he apparently has he reps out here hunting for me, how am I supposed to feel safe?”

The comedian said that she doesn’t want to end Eamon’s career or sue him. She just wants a public apology and for him to donate to Trans LifeLine, a transgender support hotline.

“All I want is Eamon to make that donation and take steps to not do this again as part of his apology. Then I’m good,” she wrote, adding, “I am worried there will be professional consequences from speaking out. One thing I hope is I get to keep doing the work I love.”

Freud is a writer for the sci-fi cartoon Rick and Morty. She has also written for the satirical news website The Onion, its viral content parody site Clickhole and the comedy website Funny or Die.

O’Rourke has six acting credits and three directing credits to his name, according to the Internet Movie Database.

Is WNBA star Brittney Griner a prisoner of war?

Meet the GOP candidate too extreme for the Arkansas Republican Party