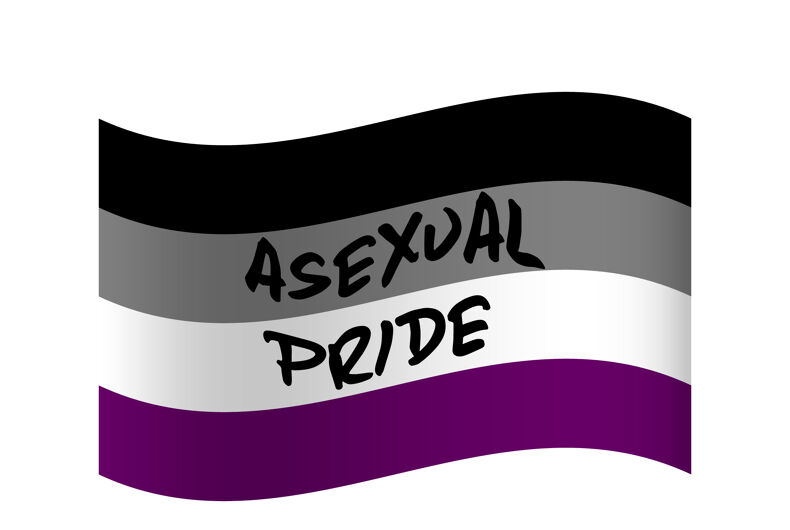 The ace community has a racism problem. It’s something that has become increasingly obvious the more time I’ve spent within it. It’s also something I’ve been told not to speak about because it isn’t good for our image. I am aware that given my platform and position, drawing attention to this issue is likely to reflect badly on the community. I am aware that it will make some white members of the community feel “attacked.” I am aware that not every asexual person – white or not – is racist.

However, if I am to continue being an advocate for a community that I regularly experience racism within, I must acknowledge that it isn’t a “safe space” for everyone in the hopes that my words will help change that.

I'm tired of being used as a "ace diversity symbol" by those who have a complete disregard for racism I experience in this community. It's a recurring pattern whenever I dare to mention race. I'm a human, not a platform or a token. It's not 'inclusive' if you're not listening.

When I discovered asexuality online, I was stuck by how many complete strangers had similar experiences to me. I was also struck by the fact that barely any of them looked like me. Rather than feeling like I had found a “safe space” (a concept I’ve always found precarious), I felt like I had found occasionally useful information and little else. After all, why would I feel “safe” in space with such an obvious preference for whiteness?

As a Black-British goth girl, the experience of being the odd-one-out in a community made up of  already “othered” people wasn’t an unfamiliar one. I was always well aware that “outcasts” who society treated differently were just as likely to treat others the same way. It doesn’t give immunity to discriminatory behaviors. The danger is that those who feel marginalized often think that it does.

Therefore, they’re less inclined to put the work into actually being aware of how racism manifests, understanding how they contribute to it with their own actions/inactions, and unlearning those behaviors. All the while, they continue regurgitating the popular mantra of “diversity and inclusion” because it’s the easiest way to seem like you’re actually doing something.

I politely ask white aspecs to stop approaching me with commands about what further work I "need" to be doing to meet their standards & satisfy them in particular. I don't *need* to do anymore than what I'm doing. I'm doing what I have the insight and capacity to do.

I started using the platform I gained through modeling to raise awareness for asexuality because I wanted to help to fill the void in our overwhelmingly white representation. I didn’t start becoming involved in the ace community until I found myself becoming an “activist.” As such, almost all of my experiences with the community came after my rather quick ascension to being a “figure” within it.

I won’t deny that the support of this community is something I appreciate immeasurably. That support and intrigue from within the community, as well as outside of it, has led me down a fulfilling path in life that I never anticipated.

The intrigue comes from me bringing something different. I was always aware that my Blackness was one of those things. When someone says that the ace community is just a bunch of white kids (which is how it looks), I’m the contrarian point people jump to.

Ace fairy punk princess vibes at the @Burberry @BritDiversity Awards, where I was honoured to be the first asexual activist shortlisted for 'Campaigner of the Year'! 💜🖤#ThisIsWhatAsexualLooksLike pic.twitter.com/gdHnS4ne3w

It often feels like I’m used as the Black symbol of the ace community’s diversity, which makes it all the more ironic that I’ve been made to feel so uncomfortable within it. I began experiencing racism in the ace community long before I felt confident enough to speak about it. It often arises when I’m seen as not ‘serving’ this predominantly white community as well as certain people would expect.

Small criticisms have the tendency to spread like wildfire and snowball beyond control, as public criticisms of Black women on social media often do. At first, when I noticed the disparity in the way I had been treated compared to white activists doing similar work – and endured “constructive criticism” that was often laced with stereotypes and microaggressions – I knew I wouldn’t be able to address it.

I feared that I would be stereotyped even more as the aggressive, threatening Black woman, viciously attacking white members of the community because I have an enormous chip on my shoulder. And when I did finally speak out, that’s exactly what happened. I have been largely ignored, blamed, accused of lying, defamed, and verbally abused for speaking about racism in ace spaces.

The issue is widespread enough that I’ve found myself questioning whether I should attend ace events, work with ace organizations and activists, share my work, join in conversations, or spend time with fellow aces on or offline. Engaging with my own community gives me the kind of anxiety I haven’t experienced since being bullied in school as a teenager, even though engagement is essential to my work.

I know that my experience isn’t necessarily reflective of everyone else’s. But I also know that I am not the only Black asexual person to experience racism in this community or to speak out about it. If this is what I have had to endure in my privileged position, it doesn’t take much to imagine what other Black aces experience – those who are less likely to be heard. Silence perpetuates these harmful patterns. It’s time to speak up and do better.

'Would You Rather: Be Asexual or Allosexual?' is here! I never thought I'd see two Black women on a mainstream channel talking about asexuality. It was amazing working with @Channel4 on this! 💜