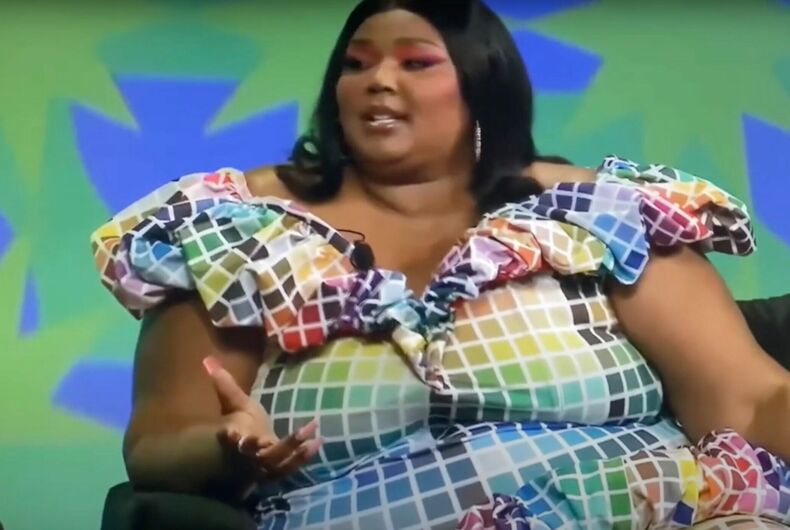 Pop sensation Lizzo has come out swinging for the trans community. In her keynote speech at the South by Southwest Festival, the Texas-native spoke out against her home state for its recent move to brand supportive parents of trans youth as child abusers.

“I’m proud to rep Houston, but I’m not proud to rep Texas politics right now,” she said. “There are very regressive laws being passed. They’re taking away the right for young children to have a chance to live authentically as themselves. It’s a violation of human rights. Trans rights are human rights.”

Related: The week in trans rights: Florida & Texas fight for title of Most Transphobic State

Abbott’s directive requires medical and health care professionals to tell DFPS about any parents who try to access such care for their trans children.

A Texas judge stepped in to temporarily halt the prosecution of parents of transgender youth, but in the midst of the legal uncertainty, Texas Children’s Hospital has stopped providing gender-affirming care, and neighboring states are preparing to take in gender refugees.

Lizzo also spoke against the state’s restrictive abortion law that bans the practice after a mere six weeks of pregnancy.

“We got a lotta ugly babies y’all need to be handling instead of y’all being in people’s homes and telling them what to do with their bodies and being all up in their uteruses,” Lizzo said. “The abortion ban is atrocious as well. Mind your business. Stay out of my body.”

More than 60% of Americans oppose “Don’t Say Gay” laws. But Republicans love them.