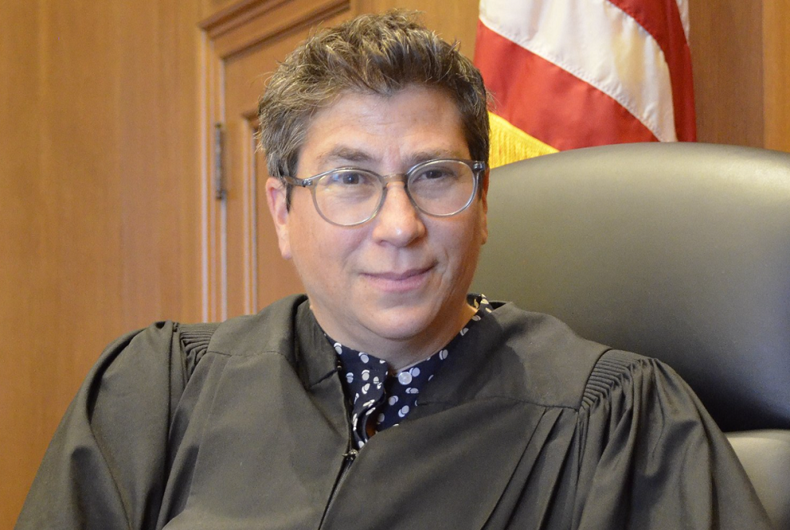 Judge Alison Nathan was confirmed to a seat on the U.S. Court of Appeals for the Second Circuit, making her the second LGBTQ woman ever to serve as a federal appeals judge, one of the most powerful positions in the judiciary.

Nathan, who served as a district court judge in New York, was appointed this past November by President Joe Biden to the higher court.

In addition to serving on the district court, Nathan was previously a Special Assistant to President Barack Obama, Associate White House Counsel, and Special Counsel to the Solicitor General of New York. She has clerked in the Supreme Court and taught at Fordham Law School and NYU Law.

Nathan is the partner of NYU Law professor and faculty director Meg Satterthwaite, a former United Nations consultant. They are parents to twins.

“Ali Nathan is an outstanding judge for the Southern District of New York and her experience, legal brilliance, love of the rule of law and perspective would be invaluable in ensuring the federal judiciary fulfills its obligation to ensure equal justice for all,” Sen. Majority Leader Chuck Schumer (D-NY) said when she was nominated.