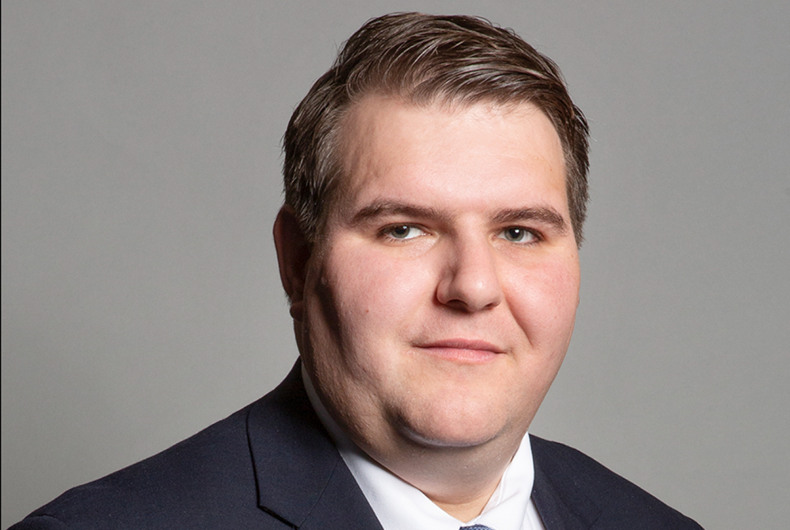 A lawmaker in the U.K. just came out as transgender in a statement posted to social media, making him the first out transgender Member of Parliament in the House of Commons. And he said that his coming out was motivated by two traumatic events that made him decide to be his authentic self.

“I’m trans,” wrote Welsh Member of Parliament Jamie Wallis. “Or to be more accurate, I want to be. I’ve been diagnosed with gender dysphoria and I’ve felt this way since I was a very young child.”

Wallis, 37, is a member of the Conservative party, known colloquially as Tories, who was first elected to Parliament in 2019. He said that he is using he/him pronouns “for the time being” and he “will continue to present as I always have” in a follow-up statement.

“I had no intention of ever sharing this with you,” he wrote in his first statement. “I always imagined I would leave politics well before I ever said this out loud.”

“Being an MP and hiding something like this was always going to be touch, but I arrogantly assumed I was up for it,” he wrote. “Well, I’m not.”

Wallis cited two events that changed his mind about keeping his identity secret. First, he became a victim of sexual assault last year.

Wallis wrote that he hooked up with a man online and that Wallis insisted he use a condom. The man didn’t want to and raped Wallis.

He said that he had a car accident two months after the rape and has been diagnosed with PTSD, which he said caused him to run away from the car crash.

“Tonight, I was reminded of the incredible support those you work with can provide,” he concluded. “Also I was reminded how important it is to be yourself. I have never lived my truth and I’m not sure how. Perhaps it starts with telling everyone.”

He said that police were “so supportive” and the blackmailer has since pled guilty and was sentenced to over two years in prison.

Wallis thanked people for their support in a follow-up statement earlier today.

“This is all very new to me,” he wrote. “It’s taken a long time for me to come to terms with my gender dysphoria. It is a deeply personal matter and I had hoped to continue to keep this matter private until after I had finished my term as the Member of Parliament for Bridgend.”

“I am overwhelmed by the kindness and support I have received in the last few hours. I am proud to be completely open and honest about the struggles I have had, and continue to have, with my identity. However, I remain the same person I was yesterday.”

“As always, my priority remains serving the constituents of Bridgend.”