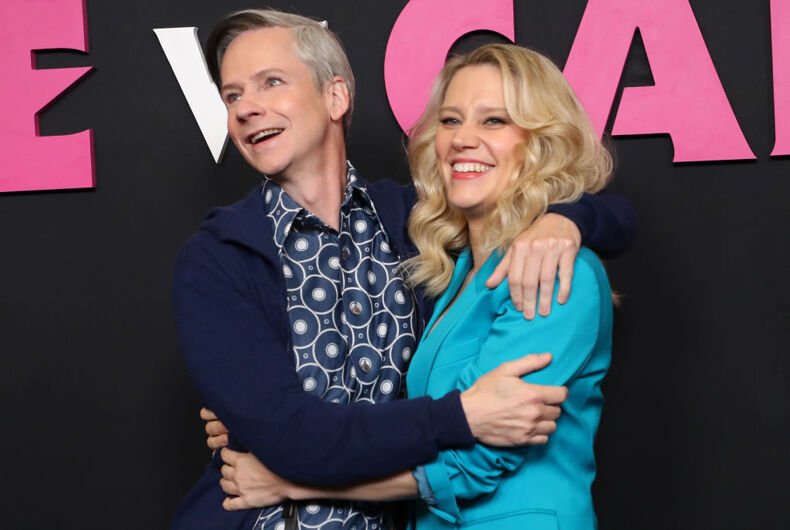 Actor John Cameron Mitchell casually came out as nonbinary in an interview with Pride magazine. And then continued on with the interview about his role in Peacock’s new Joe Vs Carole series.

In a discussion about LGBTQ actors and whether or not straight and cisgender actors should get roles as LGBTQ characters, Mitchell quickly spelled it out.

“I believe that acting means you’re playing someone that you’re not,” he begins. “And I played all kinds of stuff that I’m not, but you bring your own life to it. For so long, there weren’t a lot of queer stars. We all know why, because of homophobia.”

Still, he says that doesn’t mean “we only need to play ourselves because otherwise, it’s nothing but autobiographies.”

Known for his role in Hedwig and the Angry Inch, Mitchell acknowledged that “lately I’ve been getting a little bit of flack” about his casting in the lead role.

Critics, Mitchell said, have complained that “only trans people can play that role because it’s a trans role. I’m not trans, I’m non-binary, but that’s a slippery slope because the character is forced into an operation and is not really trans.”

“The show is really about drag really more protecting them. Everybody has played Hedwig. Every race, age, sexuality, gender, that works for that. And Nicholas Cage could have killed it as Joe Exotic too. I had no problem with that.”