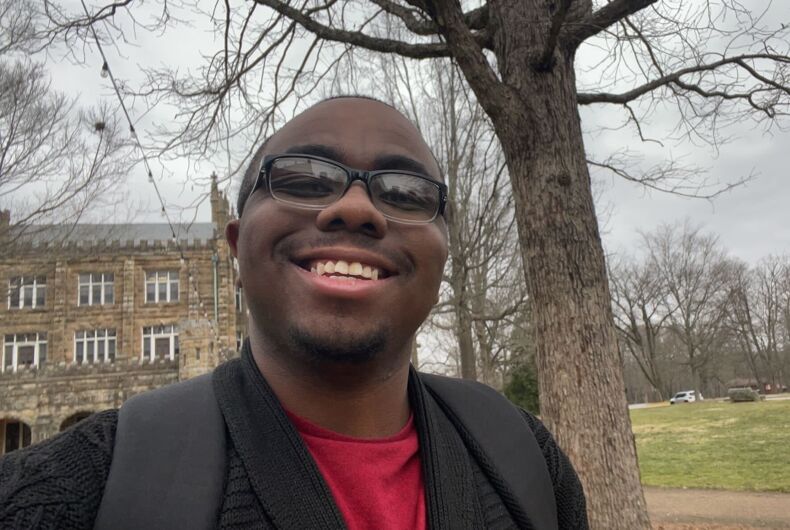 Growing up in a Black Baptist family in Texas, I constantly wished for the opportunity to have meaningful, comprehensive conversations about sex and sexuality in my community.

The federal government and many states across the country, including Texas, do not mandate that schools teach sex education. In many of these states, schools that opt-in to teach sex education must stress abstinence as the preferred means of birth control, devoting more attention to promoting abstinence than arming students with important information about their health and sexuality.

The state of culturally responsive and informative sex-ed was discouraging when I was in high school. I did not believe that it could get worse, but it did.

This past year we have seen a rise in attacks on access to critical information that helps students grow into healthy, well-rounded, and informed adults.

We’ve seen it with white parents pushing to limit education on racism under the guise of protecting young people and family values, we saw Texas Gov. Greg Abbott insinuating that information on sex and sexuality is harmful sexual material, and this month, Florida Gov. Ron DeSantis supported a bill that would prohibit talking about gender identity and sexuality in schools, calling conversations on these topics “entirely inappropriate.” According to GLSEN, the school climates in both Florida and Texas are not safe for most LGBTQ students.

Education has become so stigmatized that educators are intentionally ignoring discussions about LGBTQ relationships and other issues vital to young men that have sex with men (YMSM). Missing out on these conversations is damaging to young queer people, especially those in the Black and Latine communities.

Unlike our white and straight counterparts, Black and brown YMSM are often invalidated by the education systems, which can have long term impacts on our health and development. My educational institutions have not created spaces for me to be taught about HIV prevention and YMSM interactions, even though young people ages 15-24 accounted for almost half of the 26 million new STIs in 2018.

Young people desperately need safe spaces to address topics specific to Black and Latino YMSM including cultural and social norms, relationship dynamics, the impact of racism and homophobia, and HIV and STI risk.

Despite these alarming numbers, politicians across the country and in my home state of Texas are working overtime to silence conversations about sexuality, sex, and race, making it even harder for today’s young people to grow into physically and mentally healthy, informed adults.

The current campaign to silence conversations around LGBTQ issues and race is growing and the fight for sexual equity and fair educational opportunities for LGBTQ youth, particularly for those in marginalized communities, needs to be just as intense.

That is why I helped develop Advocates for Youth’s Get Your Life (GYL) program, a group-based HIV prevention curriculum designed for Black and Latino YMSM ages 14-19 years old.

The workshops are a space to build community, make friends and develop skills to navigate sexual health. Additionally, the program increases YMSM’s awareness of how cultural, social, and religious norms interact with HIV and sexual relationship dynamics.

The sessions offer much-needed conversations on positive self-image and partner communication skills. Through the expert-backed guide, GYL increases participants’ confidence and knowledge about HIV prevention, treatment, and PrEP. This program has allowed me to explore my identity through a culturally responsive and sex-positive lens and has been instrumental in breaking down the egregious influences racism and homophobia have had on me.

Black YMSM face increased disparities and we need spaces that allow LGBTQ youth of color to learn about and discuss the influence of racism and homophobia on HIV risk. Especially within a society that is increasingly labeling our identities as divisive and inappropriate for young people, young people who feel scared or alone because of these legislative attacks deserve to know they have a community to help them navigate STI prevention and YMSM interactions.

The best thing that our community can do to support Black YMSM is to uplift resources such as GYL, share non-stigmatizing messages about HIV prevention, treatment, and care— and most importantly, trust us when we tell you what we need.

Jaden Turner-Oliphant is a senior studying Political Science at Sewanee: The University of the South. He is a member of Advocates for Youth’s Youth Resource Leadership Program.