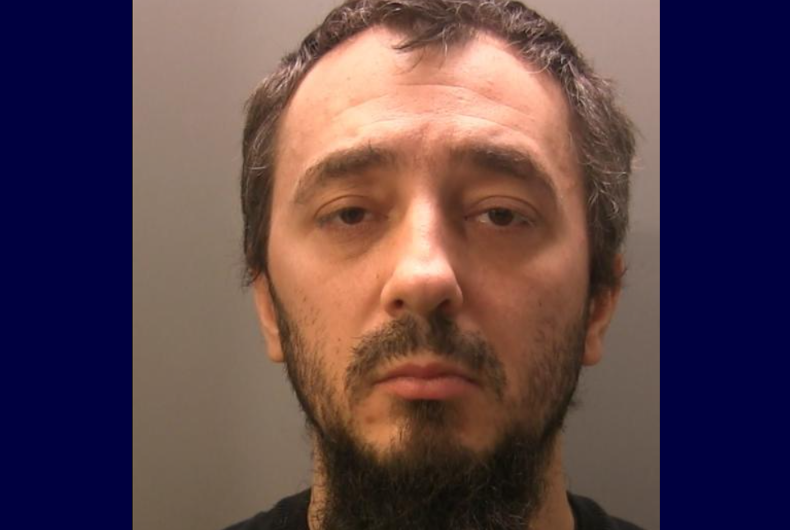 A 39-year-old man was arrested and sentenced to over two years in prison after he pretended to be a 21-year-old lesbian in order to send sexually explicit messages to a person who he believed to be a 13-year-old girl. The girl was, in fact, a police officer conducting a sting operation.

A court heard last week that Mark Adams of Workington, U.K., created a fake profile online using photos of a female acquaintance in order to talk to the supposed 13-year-old girl. According to prosecutors, the undercover officer told Adams early in the conversation that she was 13-years-old, but he continued to send sexually explicit messages to the undercover officer.

Related: Rapists pretended to be a gay couple to attack a woman they met at a nightclub

Prosecutor Damian Nolan said that Adams created a fake profile of a 21-year-old lesbian in order to talk more easily with underage girls.

Adams – the fake lesbian – exchanged phone numbers with the undercover officer – the fake 13-year-old – in February 2020, and they chatted for several days. Adams sent the officer naked pictures and “encouraged her to engage in sexual activity” while asking her for sexual images, Nolan said.

On the last day of their chatting, Adams allegedly asked the officer to get undressed and engage in a sexual act. He tried to call her on WhatsApp so that he could listen to what she was doing, Nolan said.

“Clearly, the defendant was wanting to drive the conversation from start to finish,” Nolan said. “Those conversations with her refer to [the girl] being in school uniform and on the way home from school.”

Adams told police that he didn’t do anything, that someone hacked his phone and sent the messages. But he was arrested and he later pled guilty to four counts of sexually communicating with a child and one count of inciting a child to engage in sexual activity.

Adams’s lawyer said that his client was forced to move out of his family’s home and lost his job since being arrested. He said that Adams lied about his phone being hacked out of shame but that he has “a realistic prospect of rehabilitation.”

“You set up a profile which presented yourself as a 21-year-old female who was gay and was interested in meeting young girls,” Judge Nicholas Barker told Adams in court, saying that the chat logs were “highly sexualized, highly determined, persistent, demanding, and controlling.”

Barker noted that Adams had no prior convictions and sentenced him to 27 months in prison. He will have to register as a sex offender for 19 years.

As for the woman whose photos Adams took to create his fake lesbian profile, police said she was “deeply distressed” when she found out what happened.

LGBTQ Nation’s ON THE ROAD: San Francisco with Tyler