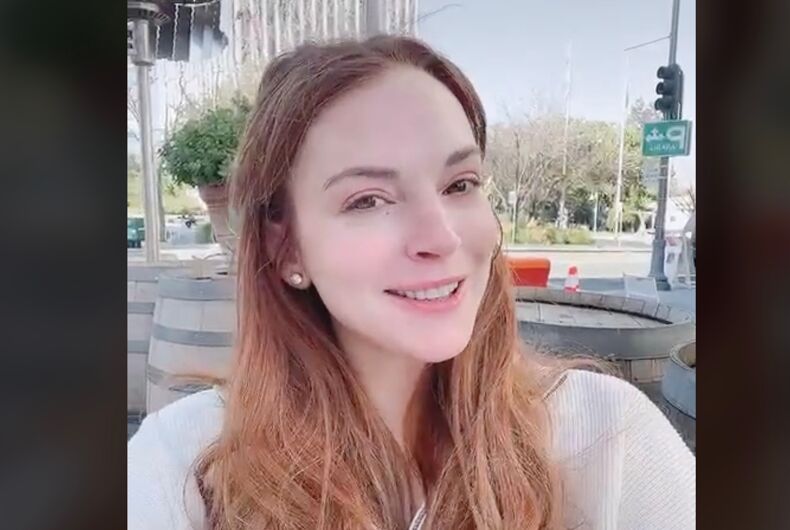 The illustrious Lindsay Lohan has officially joined TikTok, and in her first ever post, she blew the roof off of everything fans thought they knew about how to say her last name.

Related: Lindsay Lohan stopped at London airport because she was wearing a headscarf

“Hey everyone, it’s Lindsay Lohan, and guess what? Now I’m on TikTok,” she says.

But instead of pronouncing her name Lo-han, the way generations of fans have said it, the Mean Girls actress said Low-en.

The revelation threw many fans for a big loop.

“Have I been pronouncing your name wrong my entire life? I thought it was LoHAAN,” one user wrote.

“Wait. Lindsey ‘LOWEN’?!?IVE BEEN SAYING IT WRONG MY WHOLE LIFE?!?” wrote another.

Other users lamented that celebrities keep dropping these bombshells about their names. A few years ago, Ariane Grande revealed her name is pronounced Gran-Dee, and Taylor Lautner recently revealed in a TikTok video that he pronounces his name L-out-ner.

“I can’t with this anymore,” wrote a user on Lohan’s video, “first Ariana grande, then Taylor Lautner, now you…have I said any words right in my life??????”

Lohan has since posted three other videos, two promoting her appearance in a Planet Fitness Super Bowl commercial and one lip syncing to a recording of herself as Hallie in The Parent Trap.

you heard it here first. #theparenttrap

The legacy of Black LGBTQ leaders is at stake