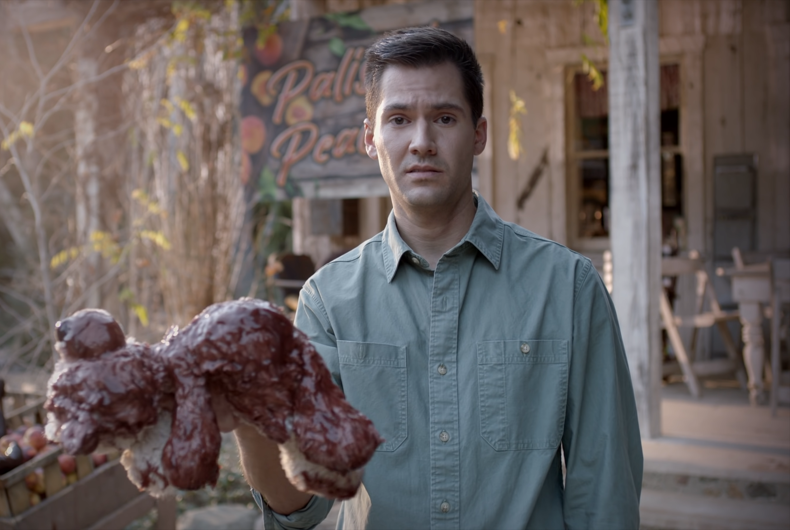 The out Colorado Democrat launched his campaign to unseat Rep. Lauren Boebert (R-CO) by stirring up a shitstorm.

Walker says he wants to “put an end to her constant jetstream of bullshit.” The spot starts with a woman being crushed by a giant turd and a little girl’s teddy bear being ruined.

The two-minute movie-like ad is both gross and funny as it highlights how seriously the nation takes Boebert and her regular far-right claptrap. It briefly mentions Boebert’s support for the QAnon conspiracy theory.

“We are real Coloradans. We deserve a living wage, small government that actually works, and freedom of choice,” he says. “Instead, we have bullshit.”

“Colorado needs a bull, not a bullshitter. I’m Alex Walker and I approve the shit out of this message!”

The engineer joins a crowded field seeking to take over Boebert’s vulnerable seat. He is the 11th Democrat to enter the race.

Zaya Wade & Amy Schneider open up about being trans icons