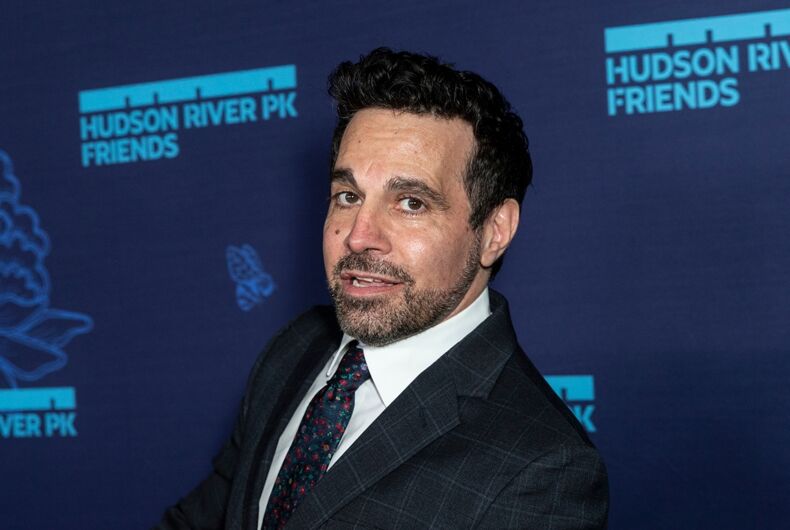 Comedian Mario Cantone said that he was scheduled to appear on The Tonight Show Starring Johnny Carson but was canceled because of a homophobic talent coordinator.

Cantone is best known for his stand-up comedy and for playing Anthony Marentino on Sex and the City. He has also appeared on Chapelle’s Show and other Comedy Central shows. He was talking to Allison Kugel on her podcast when he brought up the old story of anti-gay discrimination.

Related: This comedian came out so well his mother said she might be gay too

He said that he was booked in October 1986 to be on The Tonight Show by Carson’s talent coordinator, who liked his comedy at first.

“When he saw me, he said, ‘Oh, my God, you’re amazing! We are going to shape six minutes for you,’” Cantone recounted. “‘You’re gonna do this and you’re gonna be amazing.'”

“Then he looked at the video again, because he filmed it that night, and he just said, ‘You know what? Your comedy has a gay edge to it, and I think it’s going to make Johnny nervous, so I’m going to cancel you.'”

“And that’s just once,” Cantone said. “That happened a lot.”

Homophobia affected his career constantly early on, he said. He had trouble landing comedy gigs in LA in the late 80s “probably because of the gayness of it all, because LA was just…I remember being told, ‘Don’t tell anybody you’re gay’ and I was just like, ‘What?'”

He said that he wasn’t closeted while doing comedy but he didn’t mention that he was gay either, and he got called “faggot” by people in the audience “once in a while.”

“It happened in Princeton one time at the Hyatt Regency and they did nothing about it,” he recounted.

Cantone also talked about his relationship with his husband, Jerry Dixon. He said that he knew immediately when meeting Dixon in 1990 that he was “the one” even though they started out as friends.

“I knew right away,” he said. “I could tell just by talking to him, this guy’s so handsome, but he was so smart. He’s a stubborn son of a bitch sometimes, but he’s very fair.”

He also talked about how his views on marriage evolved through their relationship.

“When I was younger, like 10 years in, even, I wouldn’t have married him,” Cantone said. “Not because I didn’t love him, but because we’re not having kids, what’s the- why are we getting married?”

“But then you get older together, and you’re like, legally, this needs to be done, we need the benefits, the whole thing, being sick, being able to be with each other, all of that, taxes, everything. I’m not going anywhere, let’s do this.”

“So as soon as it became legal, I was like, OK,” he said. He and Dixon married in 2011, the year New York legalized marriage equality.