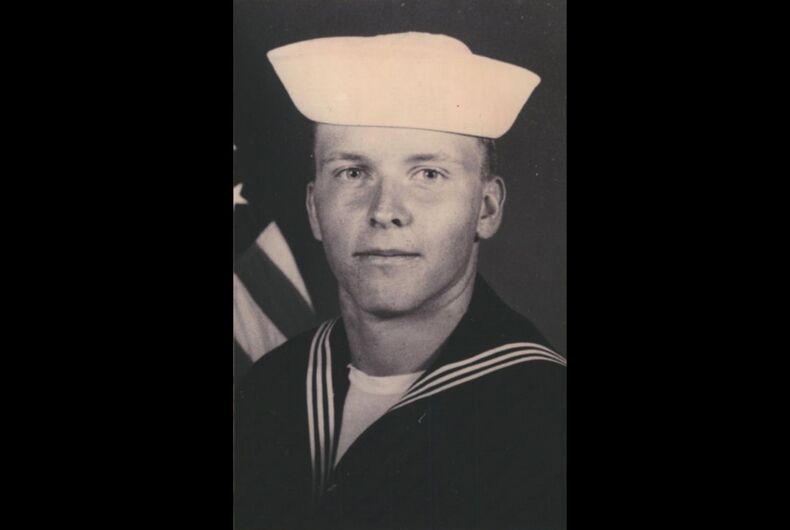 While Schindler’s family thought they had reached a level of closure after the savage killing, they’ve been forced to relive the tragedy annually for the last 20 years as Helvey applied for parole or clemency. And now, almost 30 years to the day that he killed Schindler, Helvey could be released on parole.

Helvey has “a parole hearing every two years and a clemency hearing every other year,” Schindler’s sister, Kathy Eickhoff, told the Washington Blade. “So, it’s more or less every year we are going through this. Twenty-nine years ago, we thought that was it. But no, that’s not what happened.”

Helvey insisted shortly after he beat Schindler to death in a public bathroom that “I don’t regret it. I’d do it again.” Despite Helvey’s prior statements, Eickhoff says the hearing focused on whether or not he would re-offend.

“He was given a recommendation to be paroled on Oct. 26, 2022,” Eickhoff said. “It will now go to a parole board for a final decision. That will happen in the next week to three weeks.”

Schindler’s savage murder shocked and outraged the community who demanded justice from his killer. Now Eickhoff is asking the community to summon that anger again and contact parole officials and oppose Helvey’s release.

The sailor was subjected to harassment by his shipmates after rumors started that he was gay. The ship’s captain ignored his request for help and discussed it in front of other sailors, confirming that Schindler was gay. After the sailor’s murder, the Navy attempted to cover up the incident until LGBTQ media broke the story that officers had been involved in Schindler’s on-ship persecution. The captain who covered it up was assigned to shore duty as punishment.

Helvey and another shipmate, Charles Vin, attacked Schindler in a public park bathroom while the ship was docked in Japan. A witness saw Helvey repeatedly stomp Schindler’s head in the bathroom while singing. The witness, a shipmate, ran for help and his return with officers caused the two men to run away before being caught.

Shindler’s body had to be identified by tattoos because he’d been beaten so badly his body was left a “nearly unrecognizable corpse.” His face and head were caved in, sneaker marks left embedded on his chest, his penis cut, ribs broken, and “every organ in his body” was destroyed according to medical records. The examiner said the injuries were worse “than the damage to a person who’d been stomped by a horse; they were similar to what might be sustained in a high-speed car crash or a low-speed aircraft accident.”

“He said he hated homosexuals. He was disgusted by them,” an investigator said in a report after Helvey was arrested. Eickhoff says Helvey claims to have had a change of heart and straightened out his life.

Vin was allowed to plead guilty to three lesser charges like failure to report a crime and spent a little over two months in jail before being released.

Eickhoff is asking members of the community to contact the United States Parole Commission’s victim witness specialist to register their opposition to Helvey’s release at 202-346-7003.