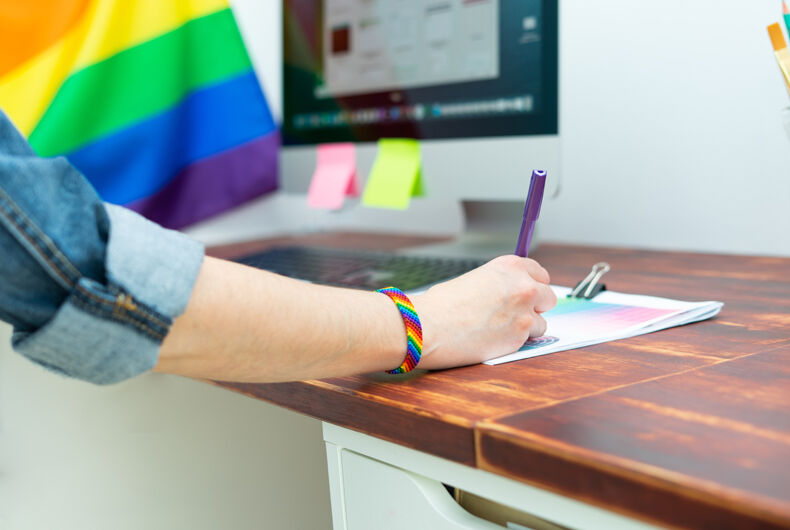 Conservatives in North Carolina are upset that teachers can no longer look up the sex of students on a school database, saying that keeping this information off the easily accessible software is part of “the Biden agenda to elevate transgenderism in schools.”

What’s at play is a small technical change implemented by the state Department of Public Instruction (DPI) to their PowerSchool software. Before, users had permission to view unclassified records about students in schools that use the software. Now, the sex of a student won’t be publicly available.

DPI emailed schools to tell them that teachers won’t be able to view the data anymore “as a matter of course,” but that faculty members can see the student’s gender marker in state records if they have “a legitimate reason” to.

Craig White of the LGBTQ organization Campaign for Southern Equality said that they got several complaints last year about transgender students being outed by the PowerSchool software, so they complained to DPI about how the software was violating transgender students’ federal rights to privacy as well as Title IX, which bans discrimination in education on the basis of sex. DPI agreed to update the software.

“The update does not erase student sex information in the system,” a spokesperson for DPI told the News-Observer. “The update instead allows for local decision makers to choose who can view that information.”

“All states have been working towards following this federal guidance, as there has been ongoing litigation around Title IX, and the agency is obligated to comply with all federal laws addressing discrimination.”

That may seem like a pretty small change for most people, with a large benefit for some of the most vulnerable students in the state, but that’s not how conservatives see it.

The far-right Education First Alliance accused state officials of “advancing the ‘Trans’ agenda” and said that the software change “will allow children to choose their own names and sexes without the input or permission of parents.”

It is not clear why they said that, and DPI said the accusation is “ludicrous and wholly inaccurate.”

“This goes back to the Biden agenda to elevate transgenderism in schools and to use schools as laboratory for experiments instead of looking at what’s best for children,” Values Coalition executive director Tami Fitzgerald said.

She said that teachers need to see the gender marker in all their students’ state records, an odd assertion considering how anti-transgender activists usually claim that a person’s gender can be easily determined just by looking at them.