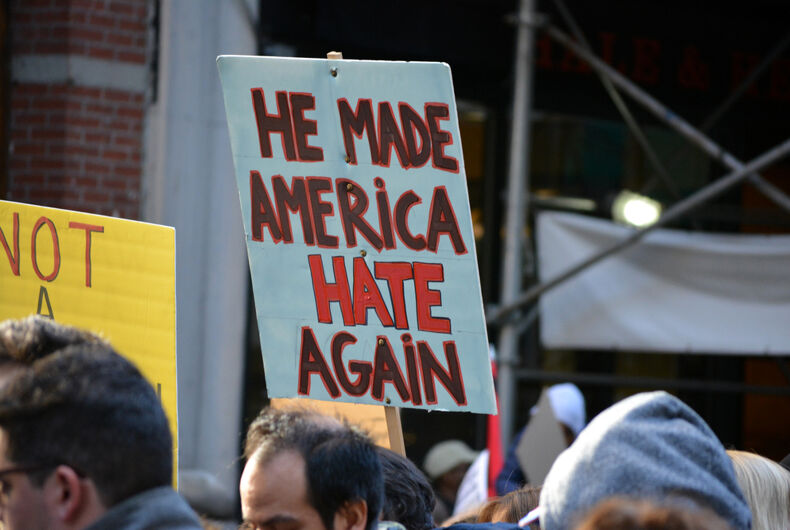 A central Pennsylvania borough became a hotbed of conservative activism after the local council passed a nondiscrimination ordinance that included LGBTQ people. After a heated election, a group of Trumpers gained the majority of seats on the council.

And the first thing they want to do is to repeal the ordinance, specifically to remove the protections for LGBTQ people.

The Chambersburg Borough Council passed the ordinance four months ago. The current council plans to vote for repeal today.

“I don’t know of any reasons for repealing it other than a political move,” Alice Elia, a Democrat and the former Chambersburg borough council president, said. “This issue should not be politicized. It’s an issue of justice and having equal protection for everybody in our community. It shouldn’t be a political or a Democratic or Republican issue. This should be something we are all concerned about.”

“All of us that ran in this election to be on council we think we got a mandate from the people,” he said. “People we talked to when we were campaigning did not like this ordinance at all. I don’t know what the vote will be, but I have a pretty good idea.”

As soon as the new members of the council were seated, they held a vote to repeal the ordinance and revoked an ordinance that established a local human rights commission to investigate complaints of discrimination.

“It was kind of a ‘take back Chambersburg and let’s go back to the 1950s the way we all liked it’ thing,” said Sandra Mailey, chairwoman of the Franklin County Democratic Committee. “Everybody in Chambersburg didn’t feel that way.”

“I think it’s a national strategy of the Republican party to get to the base and get to local government to take over from grassroots groups and try to maintain power that way.”

Coffman, a Republican who was re-elected to the council and voted against it earlier, said he planned to vote for repeal.

“My view of government is to simplify it and not make it more complicated,” he said. “If you have no guarantee that you can get a resolution at the local level, it’s obviously going to go to the state. To me we are stalling. If you have a good case, it’s good enough to go to the state and let them make the decision.”

Republicans and far-right activists have made it a priority to push Trump followers, vaccine conspiracy theorists, and anti-LGBTQ activists to run for local office.

When the Spotsylvania County, Virginia School Board called for the removal of books with “sexually explicit” content from school libraries, two board members even suggested the banned books be burned. One of them was just elected president – and the first thing he did was to fire the superintendent.