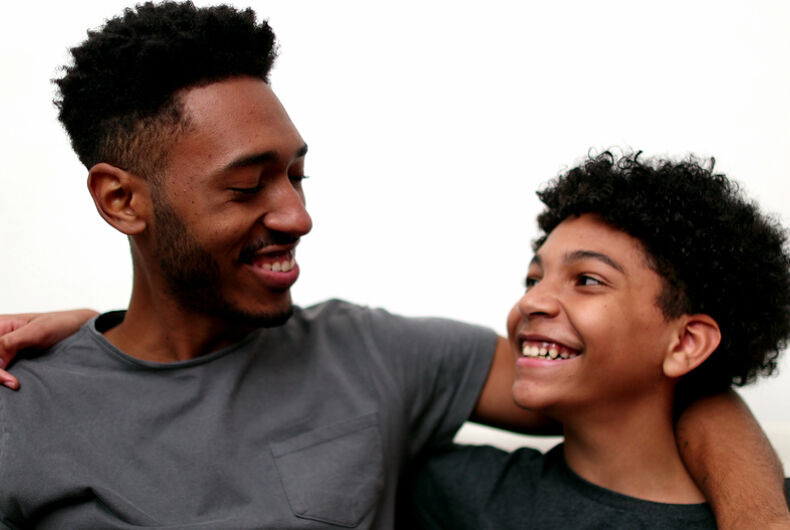 The FBOE has been documented in the literature for decades, but the Australian researchers said that previous studies have been small or have had methodological problems. So they looked at data from over nine million people in the Netherlands and found that the more older brothers a person has, the more likely they are to enter a same-sex domestic partnership – legal in that country since 1998 – or a same-sex marriage, which has been legal there since 2001.

Related: Limbaugh claims if sexuality is found to be genetic, LGBTQ people will become anti-choice

Men with an older brother were 12 percent more likely to have registered a relationship with a man compared to men with an older sister, according to the study published in the Journal of Sex Research this month. A man with three older brothers was found to be 41 percent more likely to do so than a man with three older sisters.

The researchers were able to analyze several family formations, and men with more older brothers were consistently more likely to enter a same-sex union. 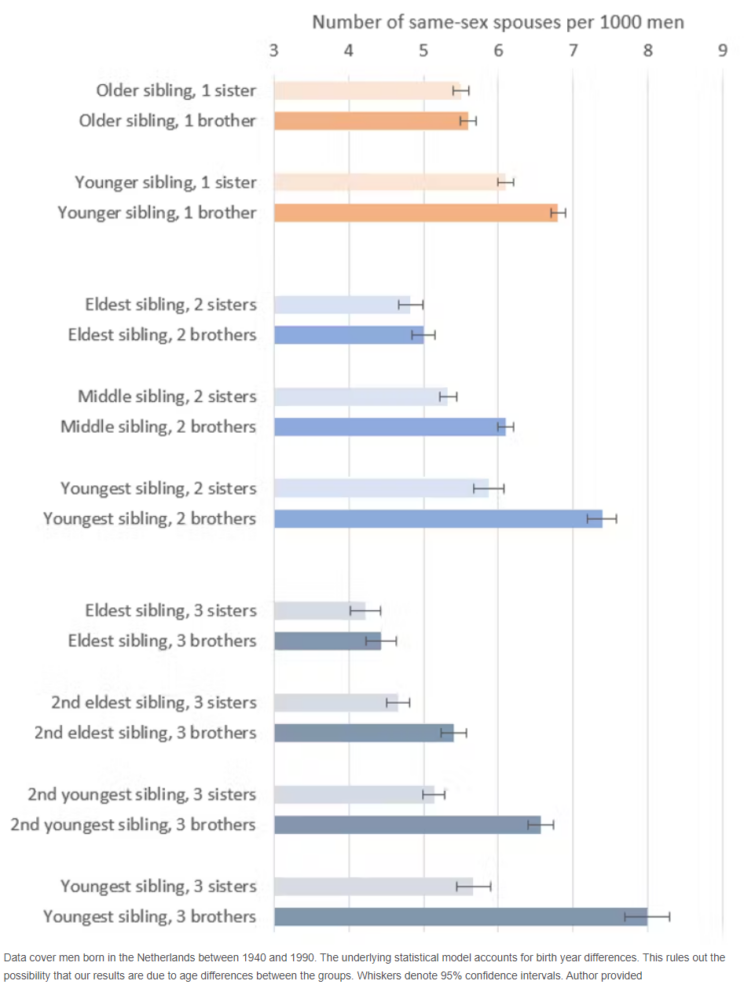 The researchers also found that women with older brothers were more likely to have a same-sex partner than other women.

“This evidence aligns squarely with perspectives that emphasize sexual orientation as an innate trait and a reflection of a person’s true self, rather than a product of ‘lifestyle choices’ or a ‘fashion trend’ as some suggest,” the researchers wrote at The Conversation.

They wrote that “in an ideal society,” this wouldn’t matter and everyone would have equal rights and be respected, “but unfortunately, these issues still loom large in contemporary debate.”

Quantitative studies since the 1990s have found that birth order – especially older brothers – has an effect on men’s sexual orientation. The FBOE has been found in different cultures and ethnicities.

One theory to explain the effect is that each pregnancy involving a male fetus increases the pregnant person’s sensitivity to certain antigens involved in sexual differentiation and produces more antibodies to attack those antigens.