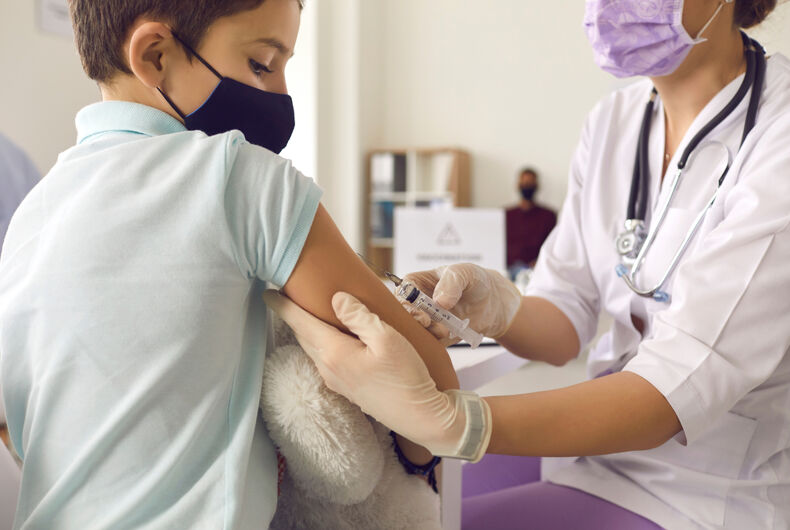 A school in Florida has made it a policy to not teach students about “Critical Race Theory, Gender Fluidity, or the mainstream narrative surrounding Covid,” which it labeled as “hot topics that many schools are now choosing to teach as factual rather than as the theories they are.”

The Centner Academy, a private school in Miami, posted a statement on their site claiming that they don’t teach “what to think,” they teach “how to think.” The school claims that there is “more controlled messaging from the media and unprecedented censorship in the United States” now than before.

To fight that “unprecedented censorship,” they will “challenge our students to question, research, analyze and consider issues from multiple perspectives before coming to their own conclusions.”

Both transgender students and instruction about racism were targeted last year by Republican lawmakers all over the country. In 2021, 32 states tried to ban “critical race theory” – a school of legal thought that conservatives have used to describe teaching about the history of racism in the U.S. – and over 250 anti-LGBTQ laws were proposed in different states, many of them attacking trans youth by banning them from participating in school sports, banning doctors from providing gender affirming care to minors, requiring parental notification to discuss LGBTQ people in schools, or forcing schools to out trans youth to their parents.

Both of these issues led to protests at school board meetings with parents, local residents, and sometimes activists from other states turning the meetings into chaos, often based on misinformation about what actually goes on in schools. Along with the above curriculum issues, many of the protests were about masking policies with anti-maskers equating wearing masks to Nazism.

The private school for the wealthy – Centner Academy costs over $30,000 a year to attend – said that it wants to teach children about “health freedom.”

“Rather than helping children’s immune systems,” the school’s website says about the three COVID-19 vaccines authorized in the U.S., “there is a large belief in the United States that the excess of mandatory vaccines is actually damaging them.”

“In fact, in the past 20 years, U.S. statistics prove that children are experiencing doubled rates of Attention Deficit Disorder and learning disabilities, doubled rates of asthma, tripled rates of diabetes, and a rise in autism in every single state at the rate of 600 percent.”

Studies have disproved any connection between vaccines and these conditions, but Centner Academy says that “studies need to be urged to be conclusive as to whether common mandatory vaccinations lead to various common health disorders.”

Last year, Centner Academy made headlines when it adopted a policy requiring vaccinated students to stay home for 30 days because of “the risk of ‘adverse events’ via inhalation or skin contact to those who are unvaccinated.”

That is, the school thought that all three of the COVID-19 authorized in the U.S. vaccines were contagious. They reversed their policy when the state threatened to pull funding and claimed that no student was ever required to stay home because they got vaccinated.