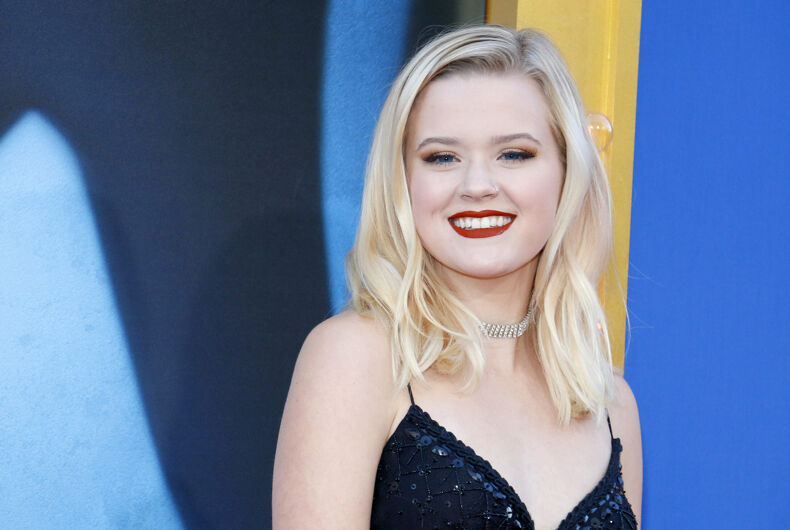 Ava Phillippe at the Los Angeles premiere of 'Sing' held at the Microsoft Theater in Los Angeles, USA on December 3, 2016.Photo: Shutterstock

Ava Phillippe, a model and influencer who is the daughter of actress Reese Witherspoon and actor Ryan Phillippe, came out publicly on Instagram this week.

Answering a question on her Instagram story that asked, “do u like boys or girls,” Ava responded, “I’m attracted to… people! [Gender is whatever.]” She didn’t share any specific label she may ascribe to.

Ava, 22, is one of two children to Witherspoon and Phillippe, who starred in the 1999 classic Cruel Intentions together, and were married from 1999 to 2007. She also has a younger brother, Deacon, born in 2003, and two younger siblings born separately to Phillippe in 2011 and Witherspoon in 2012.

Ava is currently a student at the University of California-Berkeley.

In other questions she answered on her Instagram on Thursday, Ava shared that she believes her life would be “very” different if her parents weren’t celebrities.

“That said though, I wouldn’t change a thing. The good and the not so good all made me who I am and gave me so many amazing opportunities,” she added. “My parents get to do what they love, which is super cool.”

“I ‘influence’ for brands on social media now and then and up until recently, I was in college,” she answered in response to one question.

Outside of that, she says she is still “figuring out” what she wants to do for a living.

Ava also often paints and illustrates drawings that she shares with her 996,000 Instagram followers.

In an interview with E! in December, she shared that her mother has given her the advice “pretty is as pretty does.”

“As pretty as you ever look on the outside, you’re only as pretty as you are on the inside and the way that you treat other people—and if that’s not a beauty tip, I don’t know what is,” Ava said.

Ava’s also shared that she’s considered acting after finishing school, but “I’m exploring, and that’s so awesome. I’m so lucky to be able to do that and to find things that work for me. I can’t wait to see what’s next.”

In her Instagram bio, she shares a linktr.ee URL that includes several links that are “some stuff for you to check out,” including Mental Health Resources for LGBTQ people, directing them to Rainbow Health, a Minnesota-based LGBTQ organization.

“I do have a platform of some sort, for sure, and I want to be conscious of what I am posting. I might not always get it right but I’m always going to try my best to put good out there,” she told E!.

Witherspoon is a well-known LGBTQ activist and co-founded the advocacy group TIME’S UP, which recently began a hiatus. Witherspoon has previously admitted that she often gets fashion advice from her daughter. “She’s so much cooler than I am!” Witherspoon told Us Weekly in 2016. “She’s very cutting-edge, and she knows a lot about fashion, and she has her own sense of style, which is amazing.”

Witherspoon also revealed in 2020 that no one ever talked about gay people or other sexualities, and she knew nothing about it growing up in rural Tennessee. “No one spoke to me about sexuality when I was a teenager. I didn’t understand what homosexuality was. My grandparents didn’t explain it; my parents didn’t explain it. I had to learn from somebody I met on an audition in Los Angeles,” she said in a sit-down with Regina King for Variety‘s “Actors on Actors” series.

A subsequent conversation with her grandmother, who called homosexuality “rare,” inspired some of the dialogue in the Hulu miniseries Little Fires Everywhere, where Witherspoon plays a mom with a gay daughter.

Phillippe’s first major acting role came as a teenager in the soap opera One Life to Live, when he played gay teen Billy Douglas. He later expressed that he feared his religious parents would “disown” him for that role, in addition to Cruel Intentions later.

Us Weekly reports that as of June 2021, Ava was in a relationship with Owen Mahoney, a fellow UC Berkeley student.