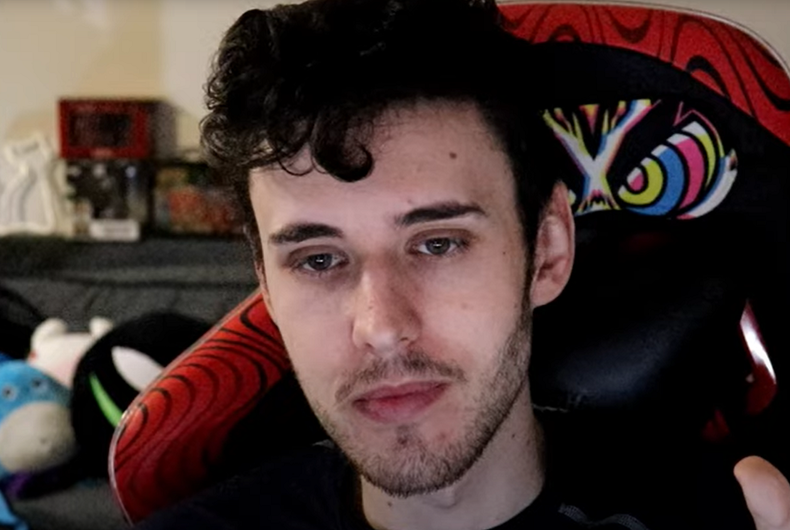 Cameron Bess, the child of venture capitalist and tech executive Lane Bess, became the first out pansexual person to go into space today as the perfect way to put a cap on Pansexual Pride Week. The duo also became the first parent-child duo in space together.

Related: Pansexual people are real & valid. No matter how uncomfortable it makes you.

Space.com reports that the shuttle took off just before 10:01 am Eastern Standard Time today from facilities near Van Horn, Texas. The flight reached 351,225 feet away from Earth’s surface, and the crew returned safely in their capsules 10 minutes after liftoff.

Liftoff of #NewShepard’s 19th mission to space and the third with humans on board. #NS19

The launch was originally set for Wednesday, but was moved to today due to weather.

Bess, who is also a furry and known for wearing fur-suits while on the video streaming app Twitch, pledged earlier this week to bring a pansexual Pride flag and a paw from their full-body cat outfit, which they couldn’t wear in full during the mission.

This cat has officially been to space! Thank you @blueorigin for having me on #NS19. A dream come true! pic.twitter.com/4kqZa0Q9iU

Cameron Bess is a content creator with a passion for creating and expressing themselves in ways that can brighten a person’s day. Cameron identifies as pansexual and is proud to represent marginalized communities and hopes their journey can inspire others. pic.twitter.com/4EmBhv29Sq

“He grew up launching model rockets, and when I was a kid, he would do the same with me,” Cameron told the Canadian LGBTQ publication Xtra about their father earlier this week.  “When he was offered the opportunity to fulfill that dream with Blue Origin, he decided he wanted to bring me along. So in simple terms: I have a really great dad.”

“I know many people have told me it means a lot to see a pansexuality Pride flag in space,” they said. “I’m just happy to provide visibility.”

Bess isn’t the very first LGBTQ person to go into space. That honor goes to Sally Ride, who in 1983 became the first American woman in space. She was closeted until her death from cancer in 2012, and her obituary revealed that she had a female partner for 27 years.

Anne McClain was the second when she went into space in December 2018, boarding the International Space Station on her first mission. She is currently scheduled for a second.

McClain was also accused of what was believed to be the first “space crime,” allegedly against her ex-wife. She was subsequently cleared of all accusations and her ex was charged with making false allegations.

Blue Origin is a company started by Amazon CEO Jeff Bezos that offers tourists a chance to go into space. Blue Origin did its first crewed launch into space in July 2021. Jeff Bezos and his brother Mark Bezos were on it.

In October, Star Trek star William Shatner went to space with Blue Origin, making him the oldest person to go to space at age 90.

Touchdown in the West Texas desert! What an incredible day for our astronauts and Team Blue. Congrats to all on a wholly successful mission. #NS19 pic.twitter.com/uN0uxKvUZ1