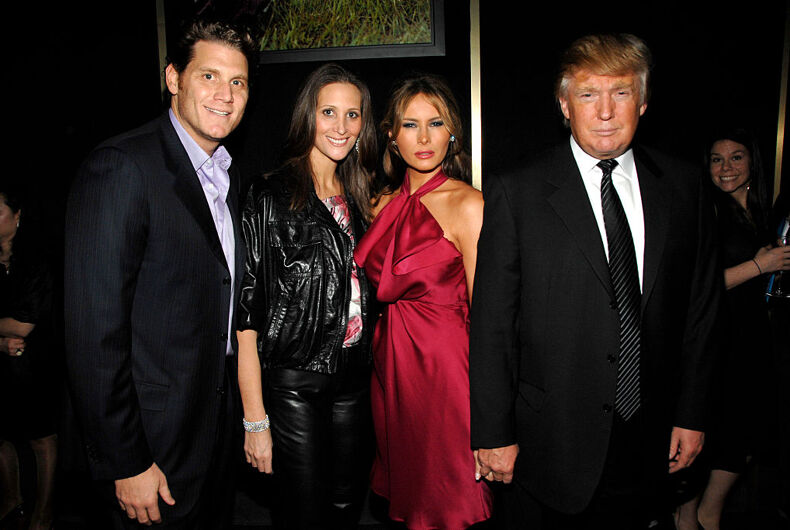 An old – and former – friend of former First Lady Melania Trump is saying that she has been cooperating with prosecutors for years as they investigate the Trump family’s alleged grifts.

Stephanie Winston Wolkoff, who was a friend of the Trumps for over a decade and was even made a “Trusted Advisor” to Melania Trump, is talking about how the Trump Organization reserved a block of rooms at the Loews Madison Hotel in D.C. for Donald Trump’s 2017 inauguration but refused to pay the bill. Instead, the organization passed the fees on to the Presidential Inauguration Committee (PIC), a non-profit organization.

Related: Melania Trump reveals the Christmas decorations she doesn’t “give a f–k” about

The attorney general for D.C., Karl Racine, has been investigating how the Trump family used the PIC to possibly throw parties for personal reasons and enriched themselves in the months leading up to Donald Trump’s inauguration. Racine believes the family misspent over $1 million.

The bill “should never have been sent to the PIC,” Winston Wolkoff told The Daily Beast, referring to the hotel. She is also the lead witness in Racine’s case. “That’s misuse of funding.”

“The Trump Organization being involved in any way and getting the PIC to pay any sort of balance anywhere on their behalf? It just doesn’t seem legitimate.”

She said that the Trump family tried to make her a scapegoat for their alleged misuse of funds at the inauguration. The New York Times reported in 2018 about how a company she is associated with, WIS Media Partners, got $26 million. She claims that the Trumps were behind that article.

“I never went along with their grift or lies so they punished me by making me the [New York Times] covergirl of their graft for the Presidential Inauguration,” Winston Wolkoff tweeted yesterday. “I’ve been working with prosecutors for over 3 years.”

No longer a friend of the family, Winston Wolkoff wrote a tell-all book in 2020 about the inauguration called Melania and Me: The Rise and Fall of My Friendship with the First Lady and shared recordings of Melania Trump, including her infamous declaration: “Who gives a fuck about Christmas stuff and decorations?”

The Department of Justice (DOJ) – when Donald Trump was still in the White House – sued Winston Wolkoff for publishing the book, saying that she violated a non-disclosure agreement by not submitting a draft of the book for pre-publication review.

I never went along with their grift or lies so they punished me by making me the @nytimes covergirl of their graft for the Presidential Inauguration. I’ve been working with prosecutors for over 3 years. #JusticeMatters @glennkirschner2 https://t.co/UKXPaj7l9T