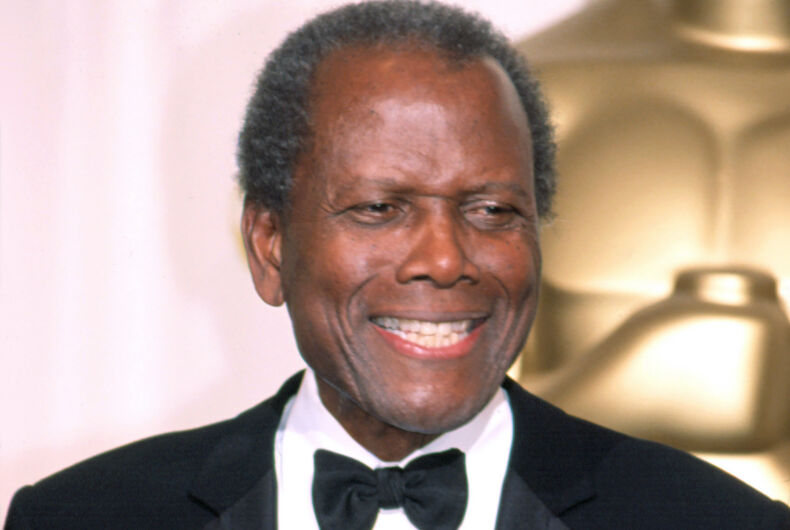 Sidney Poitier, the first Black actor ever to win a best actor Academy Award, died today at the age of 94 from unannounced causes. He broke racial barriers as Hollywood’s first Black leading man and was a twice-married father of six.

Born in Miami, Florida on February 20, 1927 to poor Bahaman tomato farmers, Poitier moved to New York City at the age of 16 and became a dishwasher. He couldn’t read at the time, so a kind waiter at the restaurant helped him learn how to read using The New York Times in lessons every night.

Poitier joined the military by lying about his age at the age of 17 and was assigned to work in a mental hospital on Long Island. Disgusted at the treatment of the patients, he faked a mental illness to be discharged from the military barely a year later.

In 1943, he joined the American Negro Theater, a group in Harlem that sought to instill racial pride by onstage depictions of Black people’s real-life concerns. However, his Caribbean-accented English caused him to be repeatedly rejected from the theatre. After repeatedly returning to the theatre, the other actors implored the theatre’s directors to let him act, and they did.

In 1959, he played the lead role in the first Broadway production of bisexual playwright Lorraine Hansberry’s A Raisin in the Sun—he also starred in its 1961 film adaptation. In 1963, he starred as a convent handyman in the religious drama Lilies of the Field, for which he won the Best Actor Academy Award, becoming the first Black male to win the honor.

Despite the award, he worried that the Academy had given it to him due to self-congratulatory tokenism that, he feared, would typecast him in roles as a meek Black man.

Poitier said that he carefully chose his roles. His depictions of virtuous men who refuse to compromise their values in a racist society. These roles challenged the stereotypical film depictions of Black men as servants, jive-and-dance accompaniment.

For years, he was the only Black male actor playing dignified lead roles. However, white commentators often met his success with scorn, white interviewers often asked him about racial politics rather than his work, and the Ku Klux Klan stalked him during his visit to Mississippi in 1964. Some members of the Black community also accused him of pandering to “respectability politics” by starring in unrealistic tales where Black goodness always wins out over white ignorance.

Poitier is perhaps best known for three 1967 roles at the height of his career including a teacher in an unruly high school in To Sir, with Love, a detective investigating a murder in Georgia in In the Heat of the Night (a film which later became a TV series), and the fiance of a white woman in Guess Who’s Coming to Dinner.

In 1974, Poitier received a knighthood from England’s Queen Elizabeth II. In 1995, he received the Kennedy Center Honor, in 2002, he received an Academy Honorary Award due to his “remarkable accomplishments as an artist and as a human being.”

His roles paved the way for other Black leading men such as Denzel Washington, Will Smith, and Danny Glover.