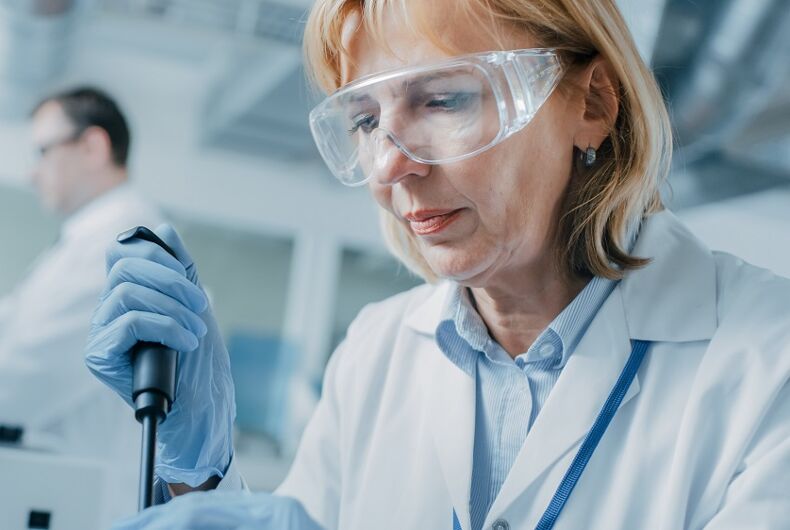 Oliveira explained to the Los Angeles Times that variants are more likely to arise in COVID-19 patients with compromised immune systems, and those with untreated HIV have severely weakened immune systems that make it extremely difficult to fight off illness.

Related: HIV rates dropped significantly in 2020. Was it because of COVID-19?

In sub-Saharan Africa, approximately eight million people are living with HIV that has either been undiagnosed or not well-treated. As such, de Oliveira said “the most plausible” explanation for the emergence of Omicron – if it did indeed originate in Africa – is that it formed within the body of someone with untreated HIV.

There has been significant evidence, he added, for the incredible speed at which the virus mutates inside the body of someone infected with HIV. Over the summer, his team studied the progression of COVID-19 in one South African woman with advanced and uncontrolled HIV and found the virus had made over 30 genetic changes in six months.

Dr. Jonathan Li, an infectious diseases specialist at Harvard who has studied COVID-19 mutations in those with suppressed immune systems, agreed with de Oliveira’s theory.

“The sheer number of mutations that arose all of a sudden here is really reminiscent of what we’ve seen,” Li said. “If I had to guess, I would say this is likely how Omicron came about.”

The formation of these new variants in those with HIV is in part driven by the low COVID-19 vaccination rates in Africa, according to an essay in Nature by de Oliveira and his colleagues. In the essay, the authors argue that it’s crucial to get more COVID-19 vaccines to countries with the highest rates of uncontrolled HIV.

“Both diseases could be curbed more effectively if they are tackled simultaneously, with public-health responses strengthened by the lessons learnt from both,” they wrote.

The essay also pointed out that over 40% of people around the world had been vaccinated by mid-November, yet less than 7% of those in Africa were vaccinated. Additionally, older people are being prioritized for vaccination on the continent (“as is appropriate,” the authors say), but because 80% of people in Africa with HIV are under 50, the risk of new variants emerging remains high.

The essay laid out four goals, which included increased vaccination in Africa, more research around the interaction of COVID-19 and HIV, maintaining HIV health services, and integrating HIV and COVID-19 healthcare systems, such as offering COVID-19 vaccines at HIV testing clinics, and HIV tests at COVID-19 vaccine sites.

The essay concluded by issuing a warning against the further stigmatization of those with HIV.

“The best way for governments to protect their citizens is not by further stigmatizing those infected with HIV; it is by quickly providing vaccines to protect the world’s most vulnerable,” the authors wrote. “Only global solidarity — not discrimination, blockage or the hoarding of resources — will end the COVID-19 pandemic.”