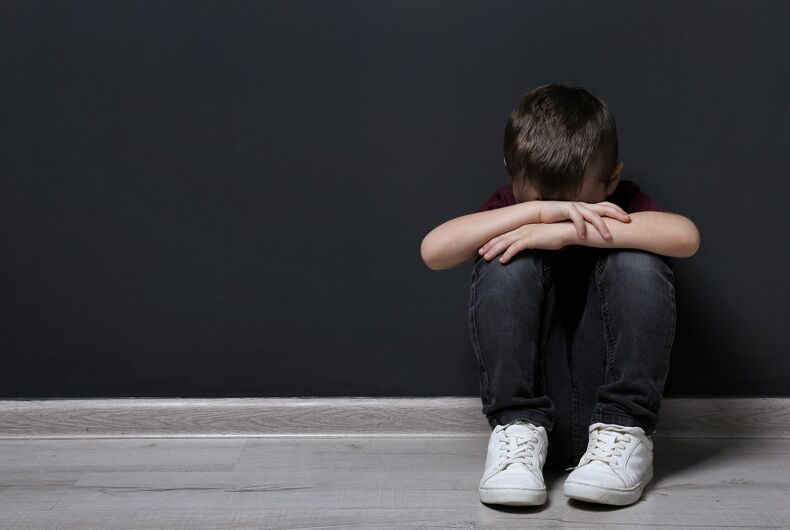 A six-year-old child was left in fear after a neighbor shouted anti-gay abuse at him, telling him that they’ll die of AIDS and calling him a faggot because his father is queer.

The child, who has not been named, has been scared to leave his house since the incident occurred in October.

Related: Perez Hilton won’t enroll his kid in dance class because it ‘might make him gay’

According to police, the child in Ely, U.K. was playing in his backyard when the neighbor came over to shout at him.

“We went inside, our six-year-old son went into the garden, and you could hear the shouting,” the father, who has not been named in the media, told the Ely Standard.

“We wondered what was going on,” the father said. “He was screaming at our son so I got my child inside.”

After the kid went inside, the man continued to shout at the father. The Ely Standard said they “are choosing not to publish” what the man said.

“The week after this happened, my son was too scared to go out in the garden,” he said.

The father said that the police intervened this past July as well when the man was shouting racist comments in July. He said that he has regularly heard racist and homophobic comments from the neighbor over the past two years.

Cambridgeshire Police said that they told the man to cease all contact with the father and the child, and they say that he has since moved away from the area.

“We are currently progressing with a community resolution and a letter of apology in relation to his behavior and comments made,” the police said in a statement. “No charges or arrests have been made and an investigation is ongoing.”

The father said that he hopes other LGBTQ people will come forward to report hate crimes.

“If other people have experienced it but are too embarrassed to report it, I’d still urge them to report and maybe something will happen.”

Currey Cook grew up closeted in the rural South. Now he’s helping kids be themselves everywhere.