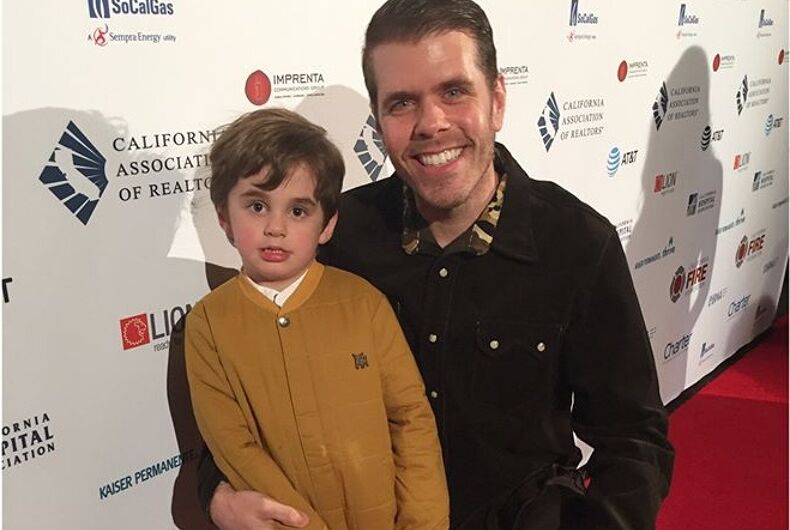 Gay pop gossip blogger Perez Hilton responded to criticism about homophobic comments that he made.

Hilton, 40, said on his podcast that he wouldn’t be enrolling his five-year-old son in dance class because he doesn’t want his son to be gay.

“Fifty percent or more of little boys who take dance class end up being gay,” he said.

On Sunday, he responded to criticism with a video on his site. He said that he would love his son no matter what his sexual orientation is, but that it’s harder to be LGBT and he wants his son to have an easier life.

“Ultimately, every decision I make for my son is what I think is best for his future. I don’t want to do anything that could potentially hurt him,” Hilton said.

And dance class, he said, might turn kids gay.

“I think dance class might help make your son gay. Even though I believe I was born gay, I can reconcile having said that.”

“I don’t think that’s a homophobic thing to say,” Hilton said, adding that he wasn’t joking.

If Hilton were a straight pastor and he said the same thing, LGBT people would have no problem calling his comments homophobic, because they imply that something like dance lessons can change someone’s sexual orientation, that a parent’s preference about their child’s sexual orientation matters at all, and that turning people straight is a worthy goal.

Avoiding dance class to make a kid straight makes as much sense as playing basketball to grow taller. Hilton has his causation backwards.

And straight parents hearing a prominent gay person say something that so many homophobic parents have said in the past isn’t helping the little queer kids out there. Part of the reason being LGBT is more difficult right now is because people think it’s the result of some failure of parenting instead of an integral part of human diversity.

Internalized homophobia is more sad than scary, and Hilton shouldn’t be surprised that people react negatively to it.

Grindr agrees to stop sharing your HIV status with other companies