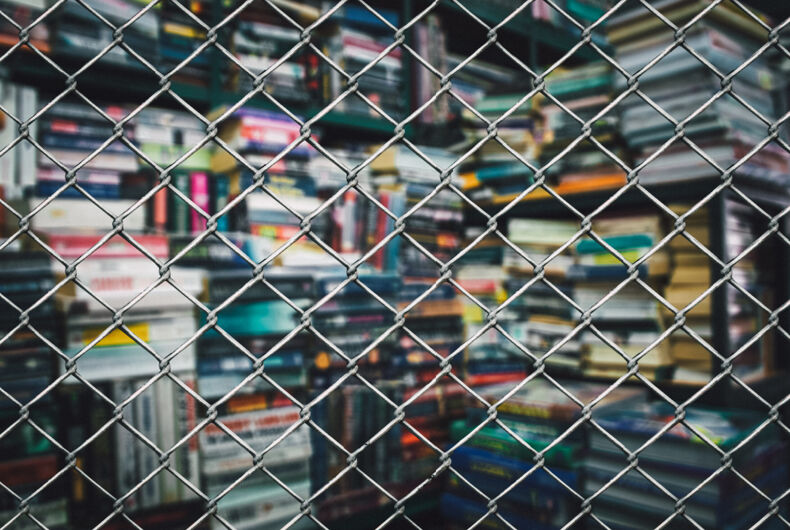 The Pennridge School District in Bucks County, Pennsylvania recently announced it will remove all books on gender identity from its elementary school libraries.

Claiming to protect students, the email states that books containing material on gender identity should be kept in a place where only school counselors and administrators have access, so they can be provided to parents or guardians upon request.

“Developmentally, these topics should always involve conversations between the student and trusted adults, both at home and at school,” the email reads. “Creating this resource library will ensure that our students are fully supported.”

The move comes as a slew of schools across the country have moved to ban LGBTQ content this year. In one instance in Spotsylvania County, Virginia, two board members even suggested the banned books be burned.

In addition to banning these resources from getting directly into student hands, Pennridge School District also issued strict guidelines for students who want to change their names or pronouns.

The new rules issued by the school district’s Director for Pupil Services, Dr. Cheri Derr, says students in elementary, middle and high school are not permitted to change their names or pronouns without express permission from their parents.

Teachers have been instructed to ignore requests from students to call them by new names or pronouns until their parents have approved. For high school students, the guidelines also state parents won’t be contacted without the student’s permission unless the student’s safety is a concern.

The rules also say that mental health resources may not be shared with students unless parents are involved.

Many members of the school district are enraged by these new policies.

“We will not send our child to the school district,” said gay parent Erin Eagles, who has already had her rainbow flag torn down by neighbors more than once. “I’m terrified of her feeling shamed or like she can’t just talk about the most normal things, like her immediate family.”

James Peuplie, a 17-year-old trans student at Pennridge High School, said the school’s latest move is consistent with how he has been treated in the past. In 8th grade, Peuplie told his teacher he wanted to change his name and pronouns. They told his parents, and his dad kicked him out of the house.

He anticipates more traumatic situations like his if the school continues to require parent involvement.

“I think that they’re trying to hide the LGBTQ community,” he said.

Witold Walczak, the legal director for ACLU Pennsylvania, added that the district’s policies not only “raise very serious concerns about professional confidentiality requirements,” but also that they are bound to alienate LGBTQ students who don’t feel safe turning to their parents.

“Very often in these kinds of situations, parents are not an option,” said Walczak. “Sometimes parents are the problem. If you impose this disclosure requirement, you’re shutting the door to students being able to talk to school professionals. Some of these kids could really get hurt.”