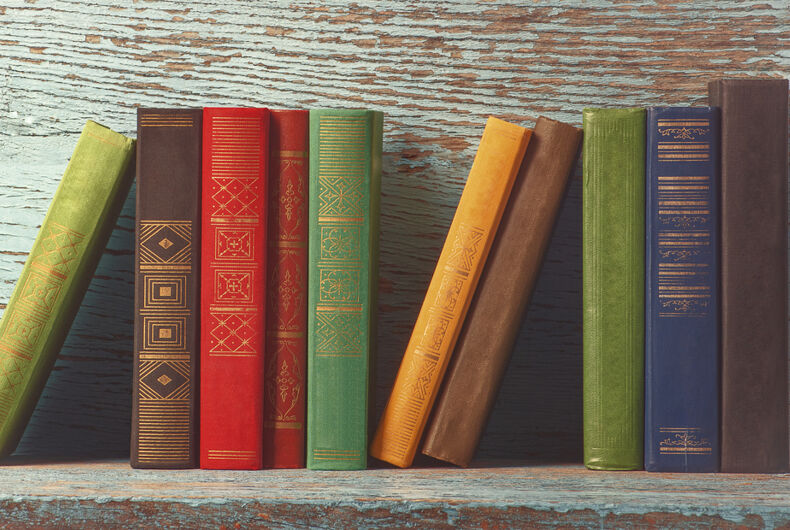 As conservatives across the country move to ban books on LGBTQ topics from schools, an Oklahoma legislator has taken it to the next level.

Republican State Senator Rob Standridge has introduced a bill that would give individual parents the power to demand the removal of any book from school shelves that they believe contains LGBTQ content.

The bill, SB 1142, states that schools should be banned from carrying texts that cover “the study of sex, sexual preferences, sexual activity, sexual perversion, sex-based classifications, sexual identity, or gender identity or books that are of a sexual nature.”

It claims these books must be banned because “a reasonable parent or legal guardian would want to know of or approve of [them] prior to their child being exposed to it.”

According to the bill, school staff would be required to remove any such book within 30 days of a parent’s request. If the staff doesn’t comply, they will be terminated. Not only that, but they’ll be blocked from being hired at any other public school for two years.

And it gets even wilder.

The bill would also entitle parents who have requested the removal of a book to seek damages in the amount of a minimum of $10,000 per day for each day the book remains on the shelves.

Standridge has named specific books that concern him, including “Trans Teen Survival Guide” and “A Quick and Easy Guide to They/Them Pronouns,” calling them “overly sexualized.”

LGBTQ activists are saying that the bill is not only unconstitutional, but could also cause harm to LGBTQ youth.

“These books are there to give our kids the language that they need to express how they are already feeling, and that’s it,” Morgan Allen, director for Oklahomans for Equality, told the McAlester News-Capital.

“These books are not there for anything else other than to affirm and show the kids their love for who they are, and that there are other people out there like them, that they are not alone,” Allen continued. “And if we take those books away from their libraries, then we’re saying that their schools and the people who are in those schools don’t see them for who they are, and that they are alone in those schools. And they’re not alone.”

Democratic state Representative Jacob Rosecrants added that the bill would cause chaos by giving so much power to individual parents and could also result in the banning of any book that mentions the word “sex.”

He added that to him, it feels like the Republican party of small government is engaging in “massive” government overreach.

“My big thing, and it’s strange that a Democrat should be saying this, is shouldn’t we just leave these decisions to local [school] boards?”