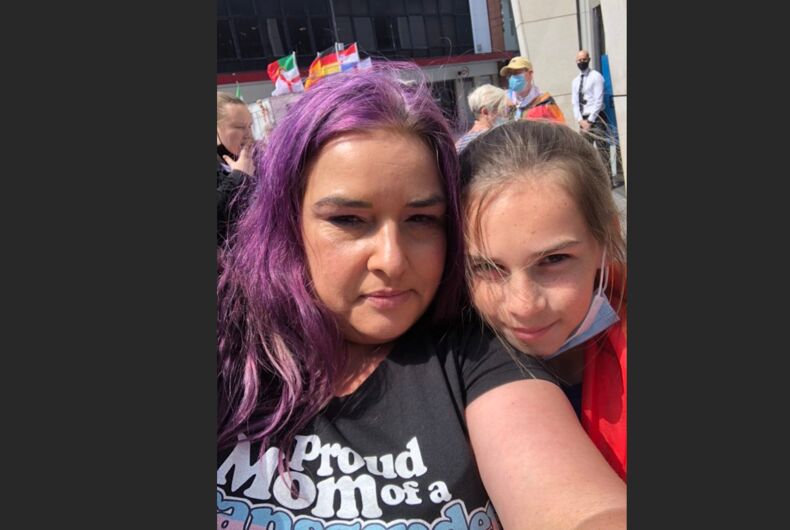 While loving and accepting your child for who they are is simply part of the fundamentals of parenting, it’s important to highlight and appreciate the parents going above and beyond to be allies to their LGBTQ kids and the wider community.

Many children grow up with a great deal of shame and fear with regards to being who they are. Therefore, the importance of a safe household and parents who will support you no matter your journey cannot be underestimated.

The world needs more parents who are LGBTQ allies and who are willing to fight the fight for equality.

So, let’s meet two mothers who are doing exactly that. 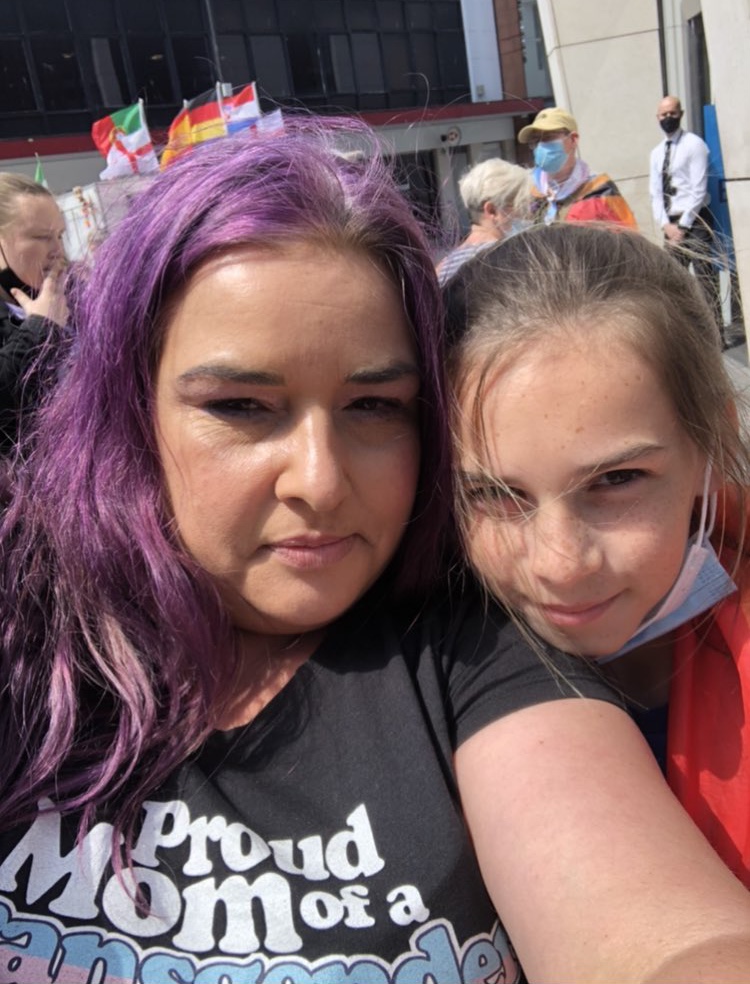 Emma is the mother of 13-year-old Emily. Emily is a transgender girl, something she expressed to Emma from the age of three.

“I thought she was telling me everything other than what she was telling me until I believed her at about the age of six,” Emma shared. “She then started to transition socially and I got in touch with the transgender charity Mermaids to connect with parents who were in a similar position to me.”

As Emma already had an openly gay son, she was prepared for a tough road ahead. She already knew that other people can be judgmental and unkind–particularly children. However, this never caused Emma to question whether she should support Emily. In fact, it made her desire to protect her even stronger.

“I made the conscious choice to back my child 100% because, as a parent, that is what you do. That is your responsibility. You have a duty to look after them and keep them safe,” she said.

So, Emma dedicated her time to building up her daughter’s confidence, a task on which she continues to work very hard as the world constantly tries to tear Emily down. She also never hesitates to fight for Emily when she is being treated unfairly.

One time, Emily went on a school residential trip and was asked to have her own room since she presented a “safeguarding concern,” something no other child was asked to do.

“I had six meetings with the school prior to her going on the trip, which I can guarantee no other parents had to do. When safeguarding concerns were raised I said, ‘So you’re telling me that my daughter is a threat to the other children?’ I wanted to know exactly how she could be a threat, since she was merely a tiny child. The school tried to defend themselves by repeatedly saying there were ‘safeguarding issues’ but, after a lot of back and forth, I never did find out what those so-called issues were.”

“I made it clear that if Emily was not to be treated the same as the other girls in her school, then she would not be attending the residential trip and I would be taking matters further. Emily ended up going on the trip, as she should have done. It should never be so hard.”

Emma makes it her mission to know her daughter’s rights and to ensure they are not exploited.

Sadly, this included recently taking Emily out of school due to transphobic bullying. Emily was upset about this and was going to miss her friends, but Emma noticed her mental health rapidly improving at home as her happiness increased.

“All I want is for Emily to be safe in school, and not subject to hateful slurs or bullying,” Emma said.”When she is barely sleeping or eating, feels constantly anxious and scared and my brave, bubbly girl becomes a shadow of her former self, I just want to do everything in my power to support her.”

Emily’s happiness is Emma’s priority above everything else.

Despite the challenges she faces at such a young age simply for being who she is, Emily remains an example to other children as she fights for trans equality and uses her voice to offer support for kids like her.

Emma remains her daughter’s number one supporter as she continues to fight against hate. Together, they are breaking down barriers in their community to create safe spaces for trans kids and ensuring no LGBTQ person is cast aside. 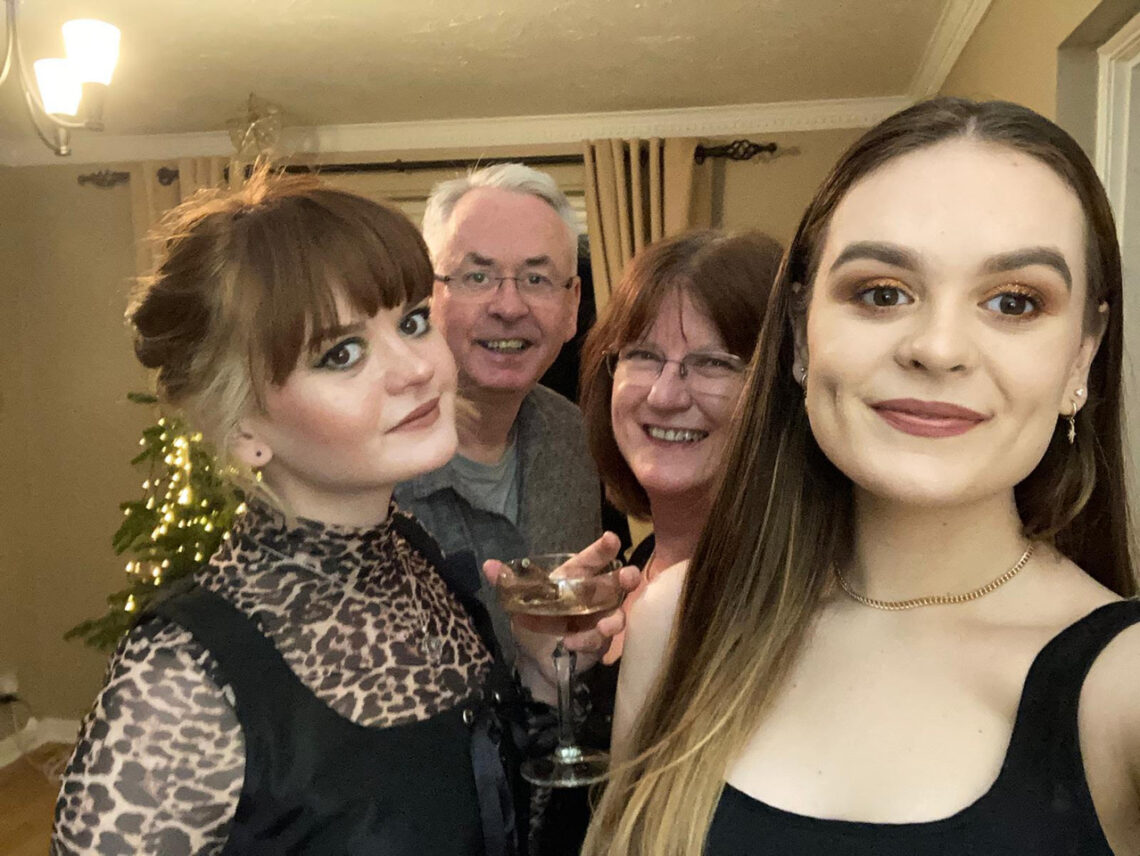 Kate and her husband Neil have two adult children–Caitlin and Niamh. As their kids were growing up, Kate and Neil made sure they spoke positively about LGBTQ issues and that their kids knew they were supportive of the LGBTQ community.

That became even more important when their nephew introduced the family to his partner – now husband – and when their first family wedding in a long while was a same-sex wedding. Kate hopes that gave her children, who were teenagers by then, the confidence to know that they would be supported no matter what.

“Caitlin first came out as bisexual while at college,” Kate shared. “However, it was during the pandemic and their time at university they came to realize that they are a non-binary lesbian. They told us last Christmas, and their sister came out as bisexual–they sometimes joke about us not having any straight children. But I can honestly say that, as parents, our feelings of pride and love have not changed for either of them. If anything, it is stronger, as we both admire them so much for being so open about who they truly are.”

Kate believes her relationship with her children has only strengthened since they came out. She and Neil are thankful for how society has changed and progressed to allow their children the opportunities that wouldn’t have been available in the past.

However, Kate understands the barriers LGBTQ people face, particularly non-binary people. She recognizes that simply being visible can present so many problems, which is why both Kate and Neil want to support their kids whenever and however they can.

They believe that it is their job to be there for their children no matter what, so they make a conscious effort to use the correct pronouns, learn from their mistakes and speak out against injustice.

“While I understand such scenarios may be challenging for some parents, I can’t understand why you wouldn’t support your child when they need it. If your child says to you one day, ‘I am LGBTQ,’ then they are still the same person you have brought up all their life. They have not changed.”

“Of course, we don’t get everything right. Trying to remember they/them pronouns isn’t always easy–especially when speaking about them in their presence. Too often a sentence like, ‘Do they want some tea?’ comes out as, ‘Does she…..’ but we are getting better and know to respond to the folded arms and raised eyebrows.”

Kate also thinks having two LGBTQ children makes her and Neil more aware of the challenges that many other LGBTQ people face around the world.

She hopes that by speaking up for her kids and being an ally for the community in all areas of her life (including in the workplace), she can help challenge misconceptions and bigotry.

“But most importantly, we just want to be decent parents to our two, and that means accepting and loving them for who they are.”