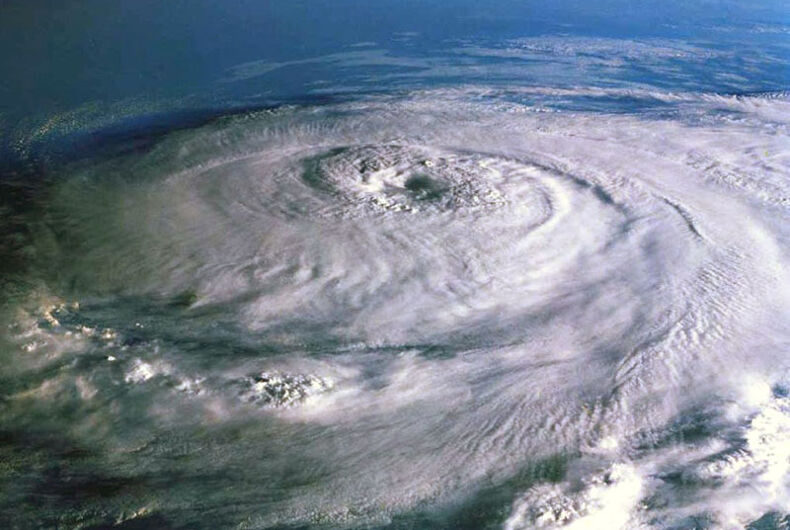 Chimera Comstock is one of just a handful of people who are part of the unofficial “zero meter club,” meaning she has gotten as close as possible to a tornado and lived to tell the tale.

As illustrated in a profile on NBC News, she has been fascinated with storms since she was a child and has spent over 15 years chasing them. The Oklahoma native has chased 17 tropical storms and hurricanes and 125 tornadoes.

She has faced homes and power lines falling apart on top of her and her car being ripped to shreds during a Category 5 hurricane in Florida. Her videos have been featured on the Discovery Channel, The Weather Channel and more.

Despite her love of storm chasing, Comstock couldn’t find true fulfillment from it all until she came out as transgender.

“I wasn’t happy no matter where I was, just because it wasn’t me that was ever having the success,” she told NBC News. “It wasn’t me that people were seeing or knew or became friends with — it was a character I played to hide the fact that I was trans.”

In August 2020, Comstock came out in a tweet while standing in the eye of Hurricane Laura in Louisiana.

“Since I have all your attention right now in the #eye of cat 4 #HurricaneLaura,” she wrote, “I thought I would take this moment to #ComeOut as #trans to the world. I started HRT on Feb 17th 2020. Anyways back to surviving this #storm. See you all on the otherside!”

She signed off the tweet with the hashtag, #transrightsarehumanrights.

As part of a widely conservative storm chasing community, Comstock’s coming out was unfortunately not well received.

“I lost most everybody I worked with because of it,” she said, adding that the experience has been “extremely isolating.” Not only has Comstock been forced to chase storms by herself now, but she has also found herself unprotected in scary situations.

After wind destroyed the tires on her car during Hurricane Ida, none of her fellow storm chasers would come to her rescue as they would have before she came out.

Got up super close to a #tornado in the #Texas #Panhandle town of #Howardwick last saturday with @okwxtech. Still havent had time to edit the video. Looking to have a repeat today in #Mississippi. 2md chase of the year and it's a #Dixie #HighRisk! #mswx #txwx pic.twitter.com/ePnQjUoycB

Comstock also lost her job selling trucking equipment after coming out and now works in retail.

Despite these challenges, Comstock isn’t going to stop chasing storms. She believes her work capturing videos of storms is crucial to helping people in the area understand the need to find safety.

Additionally, she says broadcasting the devastation storms leave behind is critical to garnering support for rebuilding efforts.

#Cordell, #Oklahoma needs to be taking shelter now. This storm moving into town is about to produce a #tornado. Textbook presentation. #okwx pic.twitter.com/XyZVgItAzC

In August, Comstock celebrated her one-year anniversary of coming out by posting side-by-side photos of herself then and now.

“What a wild year it’s been,” she wrote. “Publically came out as #transgender durring #Hurricane #Laura as it made landfall on #Louisiana, now a year later I am prepping to leave and chase #Ida. Look a bit different now compared to then, lol.”

What a wild year it's been. Publically came out as #transgender durring #Hurricane #Laura as it made landfall on #Louisiana, now a year later I am prepping to leave and chase #Ida. Look a bit different now compared to then, lol. https://t.co/EEhMLgfVw1 pic.twitter.com/m0UWUFmXcb

Meet the parents being absolutely awesome allies to their LGBTQ kids