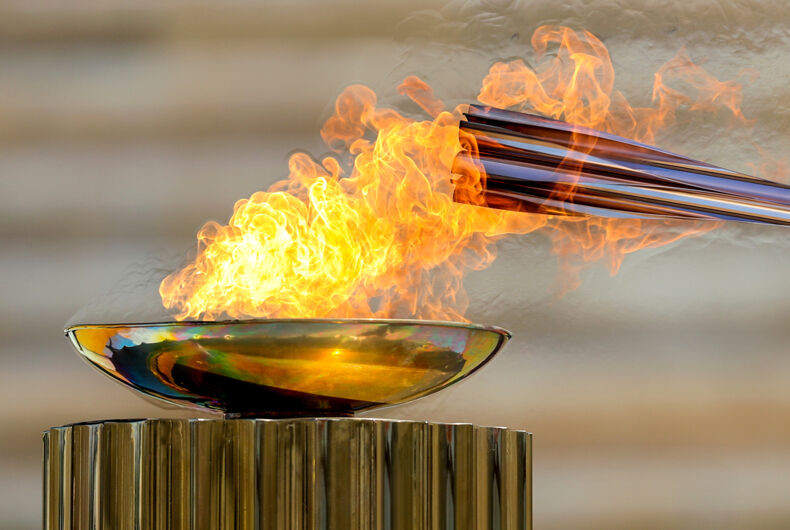 The International Olympic Committee has released new guidelines for transgender participation in elite sports that activists and athletes alike are hailing as a massive victory for trans equality.

The “IOC Framework On Fairness, Inclusion And Non-Discrimination On The Basis Of Gender Identity And Sex Variations”  identifies 10 principles that it recommends sporting organizations follow.

Those principles – developed after two years of consultations with over 250 athletes and other “concerned stakeholders” – include inclusion, prevention of harm, non-discrimination, right to privacy, and – perhaps most notably – no presumption of advantage.

The framework also does not include any hormone level requirements, as they have in the past, and they emphasize that there must be measures to “make sporting environments and facilities welcoming to people of all gender identities.”

The mental and physical health of athletes should be prioritized, it said.

The guidelines also say that no athlete should undergo invasive testing targeted at determining their sex or gender identity and that no sports organization should pressure or require an athlete “to undergo medically unnecessary procedures or treatment to meet eligibility criteria.”

In the report’s introduction, the IOC acknowledged that it is not in a position to determine eligibility requirements for individual sports, but said these principles should provide the appropriate guidelines for sporting bodies to do so on their own and emphasized that sports organizations’ approaches should be “grounded on the respect for internationally recognized human rights.”

“This is a victory for all athletes and fans, who know the power and potential of sports to bring people together and make us all stronger.” said GLAAD’s associate director of transgender representation, Alex Schmider, in a statement.

Schmider added that he hopes sporting organizations at the lower levels take note.

“On the heels of the most anti-LGBTQ legislative session in history with the majority of bills targeting trans youth in sports, every state and lawmaker should listen to the experts from the world of sports, medicine, and athletes themselves to allow transgender youth the same opportunities to play with their friends, have fun, learn, grow, and benefit from the lasting life lessons and supportive community sports can provide.”

Chris Mosier, the first out trans athlete to compete on a U.S. national team as his gender, also celebrated the new guidelines.

“The new IOC Framework makes clear that no athlete has an inherent advantage & moves away from eligibility criteria focused on testosterone levels, a practice that caused harmful & abusive practices such as invasive physical examinations & sex testing,” Mosier wrote on Twitter, adding that the framework “takes the next step in centering human rights as the foundation of sport.”

The new IOC Framework makes clear that no athlete has an inherent advantage & moves away from eligibility criteria focused on testosterone levels, a practice that caused harmful & abusive practices such as invasive physical examinations & sex testing,

In a statement, trans Canadian Olympic soccer star Quinn called the new framework “groundbreaking,” saying that it “reflects what we know to be true – that athletes like me and my peers participate in sports without any inherent advantage, and that our humanity deserves to be respected.”

How stylist Sam Ratelle rose from the streets to “superstar”