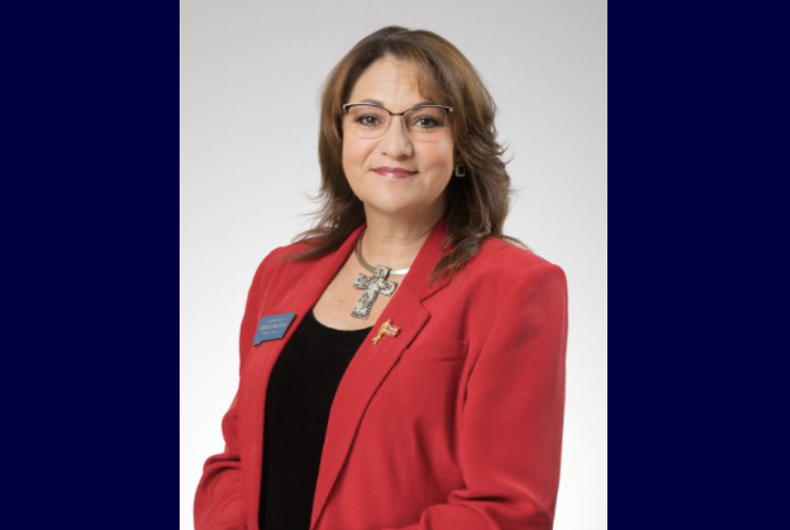 State Sen. Theresa Manzella (R) was speaking at a “God, Country, Family” event in Clinton, Montana about “the LGBTQ agenda” Wednesday night, defending real estate agent Brandon Huber. Huber is facing an ethics complaint with the Missoula Organization of Realtors for “hate speech” against LGBTQ people after he wrote a letter to his church denouncing a food bank’s Pride fliers.

At the event held at Huber’s Clinton Community Church, Manzella defended the real estate agent/pastor, saying that the Missoula Organization of Realtors “made an awfully big mistake because our founding documents make it clear that he most certainly has the right to stand on his sincerely held beliefs” by even entertaining the complaint, which will be adjudicated next month.

“My right to live a righteous lifestyle based on my sincerely held beliefs does not end where their choice to live a perverse lifestyle begins,” Manzella said, getting applause.

She didn’t stop attacking “alternative LGBTQ lifestyles” while defending the real estate agent, going so far as to accuse the LGBTQ population wanting to “recruit young people,” a reference to child molestation.

She said LGBTQ people “play the protected class card” by complaining about violence against them. She brought up how some queer people are afraid to hold hands with someone of the same sex in public out of fear of getting beat up.

“I’ve got to tell you, I think those are normal consequences associated with the choices they made,” Manzella said.

“We’re here to celebrate Brandon Huber and his stand for God and godliness,” she said.

At issue is Huber’s decision to end a partnership between the Missoula Food Bank and the church where he’s a part-time pastor earlier this year after he found the Pride fliers at the food bank. He wrote a letter to his congregants explaining that they will no longer be working with the food bank to distribute free lunches to kids in need because the fliers are against the church’s “Biblical principles.”

An ethics complaint for “hate speech” was filed against him with the Missoula Organization of Realtors. Huber could be banned from the organization’s listing services and be fined $5000. He will have a hearing next month before the group’s Professional Standards Committee.

“Discriminatory conduct, including hate speech, is directly contrary to who Realtors are and should not be tolerated in any profession,” Missoula Organization of Realtors CEO Jim Bachand said in a statement, not commenting on Huber’s specific case. He said that the hearing panel will have to decide if Huber violated the group’s rules.

But Huber has already filed a lawsuit against the Missoula Organization of Realtors in a county court claiming he was wrongfully accused of hate speech, even though the organization hasn’t even reached a decision on the complaint yet.

At the Wednesday event, Huber also spoke because he wanted to “set the record straight.” He insisted that his church “never took food away from gay children.”

“We never asked if your child was gay, we never asked their familial status,” he complained. “So where all this is coming from? I have no clue.”

“This is the line, if Brandon don’t win and this church don’t win, we don’t win,” Olszewski said, referring to Huber as “Justin” several times during his comments.

Around 15 counter protestors gathered outside with Pride flags and homemade signs that had messages supporting LGBTQ youth.

“I’m excited to just be using our First Amendment for good, because they’re using their First Amendment as well, as fortunate or unfortunate as it is sometimes,” protestor Joe McGraw told KPVI. “Hate has no place here.”

The pressure to be thin as a non-binary person