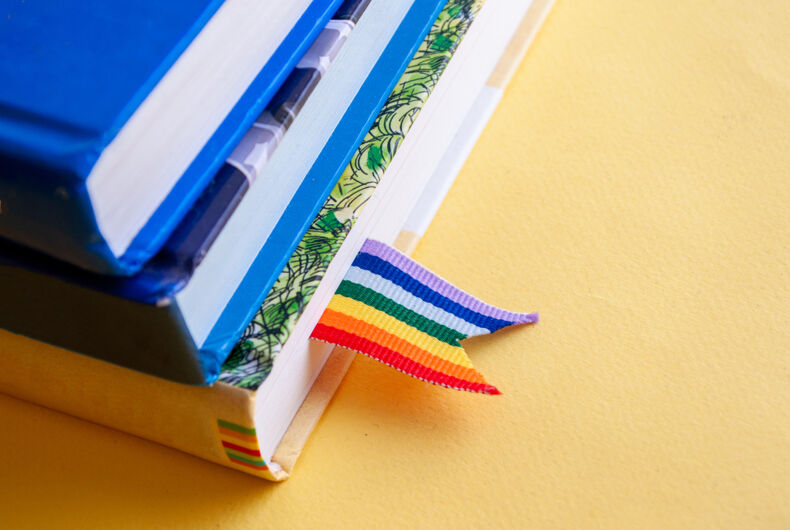 Republican South Carolina Gov. Henry McMaster is calling for the removal of an LGBTQ book from the state’s public schools, declaring it to be “obscene” and “pornographic.”

On Wednesday, McMaster sent a letter to South Carolina Superintendent of Education Molly Spearman expressing outrage over the availability of the award-winning Gender Queer: A Memoir by Maia Kobabe, which he said was brought to his attention when parents recently rallied against it in the Fort Mill School District.

Related: Donald Trump says it was “common sense” to call for the death of Mike Pence

The book tells the story of Kobabe’s journey to accepting eir identity as non-binary and asexual and explains ideas around gender and sexual identity. While sex is discussed in the book that also has drawings, it is not pornography because it is not intended to cause sexual excitement.

“If school personnel had performed even a cursory review in this particular instance,” McMaster wrote, “it would have revealed that the book contains sexually explicit and pornographic depictions, which easily meet or exceed statutory definition of obscenity.”

He then expressed concern that a deeper investigation would reveal additional “inappropriate materials” available in public schools and demanded any such content be removed.

McMaster continued to rant about how he couldn’t believe books like Gender Queer were ever allowed. He directed Spearman to not only open an investigation into the availability of any other “obscene” books, but also explain how books like that ever made it onto school shelves.

Today I wrote a letter to S.C. Superintendent of Education Molly Spearman to request that she immediately begin a comprehensive investigation into the presence of obscene and pornographic materials in public schools in South Carolina. pic.twitter.com/txQEmSltU1

McMaster’s outcry is part of a growing conservative movement of parents and politicians who demand the removal of LGBTQ content from schools, along with content about race and gender.

Earlier this month, the Keller school district in Texas also got complaints from several parents about “Gender Queer.”

Last month, Texas Rep. Matt Krause (R-TX) sent a letter to the Texas Education Agency that included a list of 850 books, demanding schools share how many copies of each book they have and how much money they spent to obtain the books.

This week, school board members in Spotsylvania County, Virginia even called for certain books to not only be banned, but burned. Board member Kirk Twigg said he wants to “see the books before we burn them, so we can identify within our community that we are eradicating this bad stuff.”

Virginia, in fact, has been at the center of the debate over book banning, as the state’s anti-LGBTQ governor-elect Glenn Youngkin (R) ran on a platform of supporting “parents’ rights” in education.

Youngkin supports banning certain content from being taught in schools. His victory was considered a win for parents who believe the same.