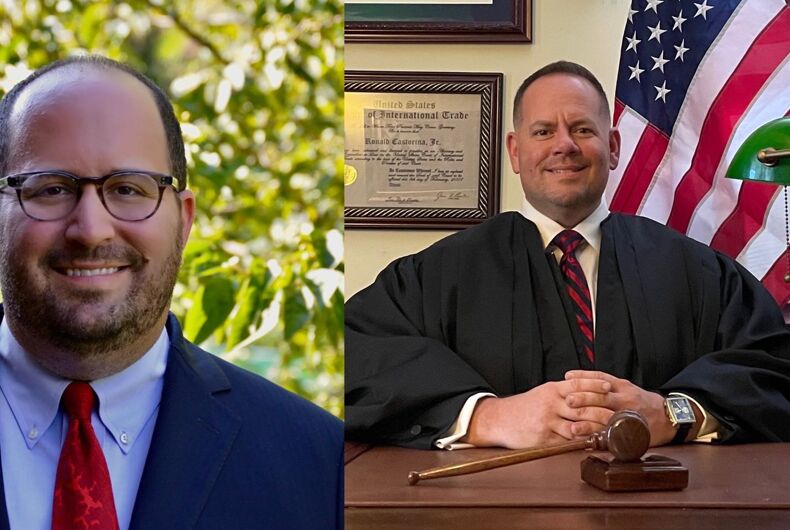 Two gay Republicans have made electoral history as the first out GOP politicians to win office, but they’d like everyone to know that they don’t really care about it.

Instead, the two Staten Island men derided their sexual orientation as a “lifestyle” and “identity politics.”

Related: There are only 5 Black trans elected officials across the entire United States

Both men thanked the GOP for overlooking that they’re gay in favor of their support for conservative principles that would have prevented them from achieving their respective offices during their own lifetimes. They also thanked their partners for their support, despite the lack of support from Republicans for same-sex relationships.

Both also used language that has long been considered demeaning in referring to the LGBTQ community. The “gay lifestyle” is only used by religious right and hate groups and has been perceived as a slur since the early 1990s. “Identity politics” is a rightwing buzzword meant to demean minority groups’ priorities and power; it is most frequently used when talking about women, racial minorities, or LGBTQ issues.

“I’m proud of who I am, but my being among the first gay Republicans elected to public office in New York state is only a good thing if it brings us closer to the day when identity politics no longer matters and the focus is where it should be, which is on how well a candidate will do the job of serving their community,” Mid-Island Councilman-elect David Carr said.

“That’s the decision the Staten Island Republican Party always makes when it makes its endorsements and I was no exception.”

Ron Castorina, the first out gay Republican Supreme Court judge, echoed Carr’s effusive praise for the party that has spent the past year demonizing transgender children and passing numerous anti-LGBTQ laws during an interview after his victory celebration. He went out of his way to point out that you don’t have to support the LGBTQ community just because you’re gay.

“You can be a gay Republican and you can still be conservative, and you don’t have to be gay the way they want you to be gay,” he said during his acceptance speech.

“It doesn’t have to be that way. You can be gay, you can be conservative and gay, and you can be in an accepting environment with people who love and respect you,” he said.

“I don’t talk about my lifestyle; it’s just not something I talk about with everybody all the time – it’s not my focal point. I’m Ron – I’m a friend, I’m a brother, I’m a son, and I happen to be gay. It’s not ‘I’m gay’ and all these other things and I think that’s an important distinction,” Castorina told local news after his speech.

“I wanted to acknowledge my partner and share that moment on stage with [him]. And then there’s this notion that sometimes you have to be the change you want to see in the world and frankly, it was more a message about the people up on that stage, the Staten Island Republican Party, and how accepting they are,” he said.