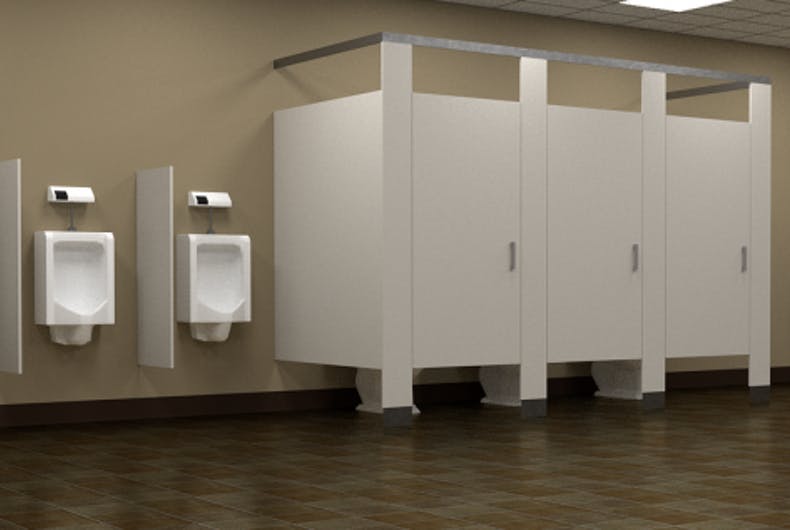 Students at Berlin High School in Berlin, Wisconsin walked out of class to protest the police and school response after their transgender classmate reported being sexually assaulted multiple times in the boys bathroom earlier this month.

The student, who has remained anonymous, said other boys cornered him in the bathroom and forced him to lift up his shirt and pull down his pants. He said this isn’t the first time he was attacked, but that he was afraid to come forward at first.

After he finally reported the bullying to the school, which contacted the police, Berlin police concluded that no assault had taken place.

“After multiple interviews and examining the associated evidence of the alleged assault, our investigation discovered no physical assault or attack against the alleged victim took place,” said a statement from the Berlin Police Department, reported by ABC 2 News.

Police are now reportedly investigating another alleged assault the student says took place. This time, he says it included a video.

“They were surrounding the stall door and one was recording through the peek hole, and they saw my bottom half and after that I stood in the stall crying,” the student said.

Students are demanding immediate action to make the school safer.

A transgender boy was sexually assaulted in the boys bathroom by 3 older boys. These assaulters have not been held accountable. #Translivesmatter

“We wanted this to be public, we wanted people to see us, hear us,” said Amber Olmstead, a senior who organized the protest.

“There’s been a big past of assault and homophobia in our school, and it just needs to come to an end,” added Autumn Peterson, a junior.

“The Berlin Area School District is aware of a student walkout in response to allegations of a student assault at the high school,” Cartwright said.

“The Berlin Area School District is committed to the success of all students in a safe learning environment and we take such allegations seriously. The school district is cooperating with local law enforcement who are investigating this situation. The district is also conducting its own investigation. Because of the ongoing investigations, the district is unable to provide additional details at this time.”

Administrators also met with students to discuss how to foster change at the school.

Meanwhile, the victim said he spends his days at school feeling terrified.

“I’m very uncomfortable, especially with these boys walking around and happy about what they did and stuff,” he said. “I am scared to walk everywhere I go in this school,” he said. “I have to have someone right next to me.”

Woman cured her own HIV without medications or therapy