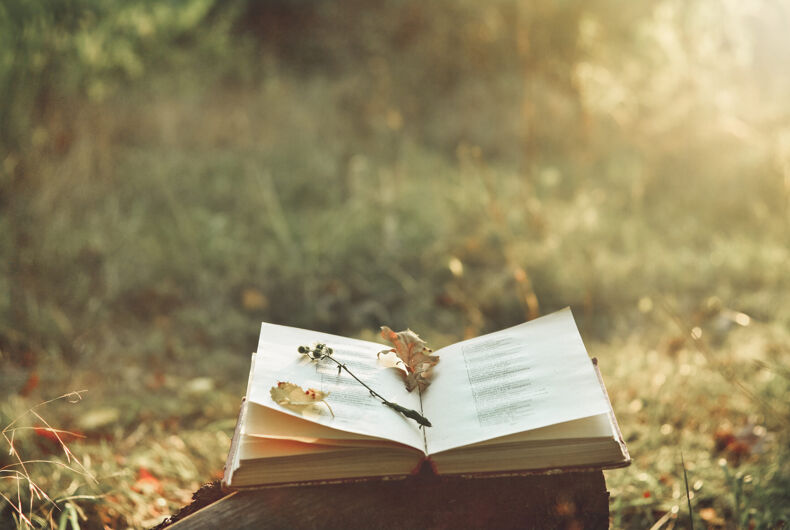 Poetry has long been used as an avenue for self-expression, and in this case, an exploration of one’s sexuality. What makes these gay poets famous isn’t just their contributions to the literary world, but also their raw expression of gay love. From lesbian modernist icons like Gertrude Stein to modern gay male poets like Ocean Vuong, this list covers the literary icons you absolutely need on your shelf.

Looking to expand your LGBT reading repertoire? Take a look at some of our favorite gay poets in history.

Related: Gay is the word: A history of LGBTQ bookstores around the world

Walt Whitman is also referred to as the father of free verse poetry. One of the most popular American gay male poets, Whitman’s lifestyle inspired founding members of the Beat Movement like Ginsberg and Kerouac.

His poetry explores themes like democracy, American patriotism, and sexuality – the latter earned him a notorious reputation in his time. Whitman’s poetry collection, Leaves of Grass, received mixed critical reception because it portrayed gay love – unsurprisingly frowned upon in his time. Today, it stands as one of the most important collections of American poetry.

Must-read: “song of myself”, “i sing the body electric”

It’s believed that Emily Dickinson was romantically involved with Susan Gilbert, her childhood friend and later sister-in-law. The two women lived next door to each other, and their relationship is chronicled in their lengthy correspondence. In the hundreds of letters between them, Dickinson is found to address Gilbert with much intimacy and passion.

Emily Dickinson wrote around 1,800 poems in her lifetime. The majority of Dickinson’s poetry was published posthumously. Academics speculate that Susan Gilbert was, quite literally, erased from the narrative by Dickinson’s publisher, Mabel Loomis Todd.

If we’re talking famous gay poets, we can’t exclude the great Oscar Wilde. He was an Irish poet, playwright, and spokesman for the Aesthetic movement of the late 1800s. He gained notoriety for his only novel, The Picture of Dorian Gray. The novel was heavily criticized for its depiction of homoeroticism, which was illegal at the time.

The final decade of his life paints a picture of tragedy and hardship not uncommon for members of the LGBT in his time. Oscar Wilde was put through three criminal trials. Details of his affair with Lord Alfred Douglas were made public and the trials of Oscar Wilde became one of the first-ever celebrity trials. Wilde was eventually imprisoned from 1895-1897. He spent the last years of his life in exile in France.

Gertrude Stein is known for her playful, repetitive writing style. Scholars argue that her book Tender Buttons is a collection of veiled lesbian poems dedicated to her life partner Alice B. Toklas.

Stein and Toklas are also known for their time together in Paris. Their home, the Stein Salon, became a renowned gathering place for modernist writers and artists including Hemingway, Picasso, the Fitzgeralds, Rousseau, and more. If you want a good read on gay love, you need to add The Autobiography of Alice B. Toklas, a book Stein wrote in Toklas’s voice detailing their life in Paris.

You can count Allen Ginsberg as one of the most famous gay poets of our time. Ginsberg was a core member of the Beat Movement, a group of writers renowned for their exploration of the human condition, demystification of psychedelics, and expression of sexual liberation.

He’s best known for his poem “Howl”, which became the subject of an obscenity trial in 1957. It was censored and banned because of its graphic and unapologetic reference to Ginsberg’s homosexuality. Ginsberg today is one of the earliest advocates for gay rights. He challenged the norm by writing openly and explicitly about his sexuality.

Frank O’Hara was an art critic, intellectual, poet, and prominent figure in the New York art world. He’s considered to be one of the first openly gay male poets. After all, he literally wrote a gay poem entitled “Homosexuality”. A leader of the New York School of poets, O’Hara is known for his modernist poetry. His writing is mostly autobiographical, capturing the essence of New York in the 50s.

O’Hara lived across New York in a series of apartments, often with his on-and-off partner Joe LeSueur.

A feminist gay icon in her own right, Audre Lorde is the embodiment of the saying “the personal is political.” Lorde self-described herself as a “black, lesbian, mother, warrior, poet.” Her writing doesn’t just include gay poetry, either. Audre Lorde is best known for her writings on feminist theory and civil rights advocacy.

Her poetry confronts racism, sexism, classism, and homophobia in America. It was only in the latter part of Lorde’s writing career that she gained the confidence to write more lesbian poems.

The power of Audre Lorde’s poetry is her passion. Her poetry evokes a sense of pride in its celebration of the queer experience for people of color.

Fans of the spoken word poetry scene might have already encountered Andrea Gibson’s moving work. One of the most famous gay poets of our current age, Gibson is a multi-award-winning poet, performer, and activist. In 2008 they became the first winner of the Women’s World Poetry Slam.

The power of Gibson’s poetry lies in their vulnerability surrounding gay love and gay rights – readers are often easily moved to action or even to tears. In an interview, Gibson speaks of merging the poetic with the political, saying, “Putting your own story into the world is a radical act.”

Moving into modern gay male poets, we have Vietnamese American writer Ocean Vuong. He began his literary career with poetry collections but soon rose to fame with his first novel, On Earth We’re Briefly Gorgeous.

He describes himself as being raised by women, primarily his mother. As a child, his family was granted asylum and migrated to the United States as refugees from the Vietnam War. He identifies openly as gay, and his poetry offers a deeply intimate reflection into gay love, family, loss, desire, and masculinity.

His gay poetry has been published in many literary journals. Vuong also received many prestigious awards including the T.S. Elliot Prize, the Ruth Lilly/Sargent Rosenberg Fellowship, and the MacArthur Grant. On writing a gay poem, Viong has said, “For me, sexuality is merely a vehicle towards the more crude and basic communication of emotion.”

Danez Smith is an African American, genderqueer, and openly gay poet. They’ve authored two poetry collections, [insert] Boy and Don’t Call Us Dead: Poems, which have won awards like the Lambda Literary Award for Gay Poetry. Among his most popular works is his now-viral performance poetry piece, “Dear White America”. As one of the leading African American gay poets of today’s generation, Smith also uses poetry to explore queerness.

So let this list of gay poets and lesbian poets be your gateway into the rich and colorful world of LGBT poetry. Did we miss one of your favorite poets? Let us know on social media.

Related: 9 LGBTQ writers who have won the Pulitzer Prize (& a couple of honorable mentions)