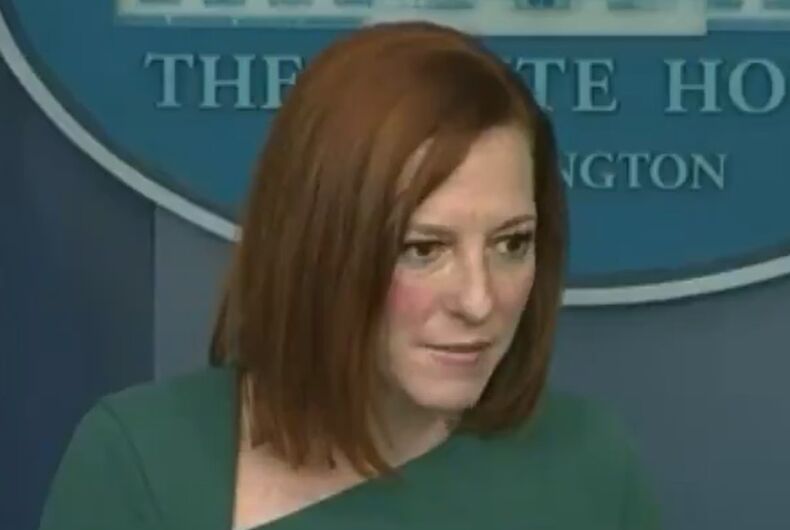 White House Press Secretary easily swatted down a reporter asking about the administration’s decision to release documents from the Trump administration related to the insurrectionist riot at the Capitol earlier this year.

A Congressional committee had requested documents and records pertinent to former President Donald Trump’s involvement in the attempt to certify the results of the election. President Biden decided to deny Trump’s request to exert executive privilege to keep the records sealed.

During the regular press briefing, Psaki was asked about the decision and whether the administration was concerned that Republicans would use it as a weapon to try to embarrass Democrats when “the shoe is on the other foot” by CBS reporter Ed O’Keefe.

“I can assure you,” Psaki easily replied, “that this President has no intention to lead an insurrection on our nation’s capital.”

Psaki’s constant takedowns of Fox News reporter Peter Doocy tickle the internet every time and has launched the hashtag #PsakiBomb. Every day he tries to ask a “gotcha” question – and every day he comes up empty-handed and ends up looking like an idiot.

Question: Has there been any concern about what might happen one day when the shoe is on the other foot
Psaki: I can assure you that this President has no intention to lead an insurrection on this nation’s Capitol pic.twitter.com/SmgEgVhIQT