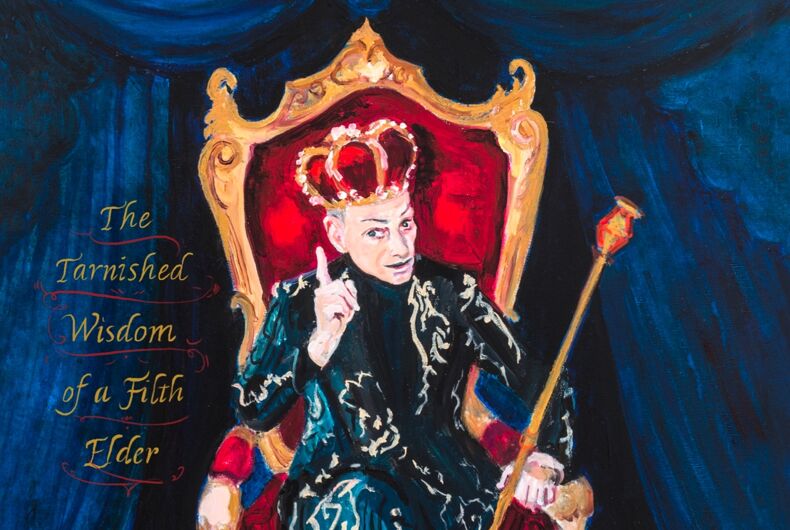 Just about everyone in the U. S. knows that writer and director John Waters is one-of-a-kind. Now citizens of Poland will know it too after a film festival there honors him for his “completely uniqueness.”

Known as the Pope of Trash, the Prince of Puke and the People’s Pervert, Waters will travel to Wroclaw, Poland, next month to be feted at the American Film Festival, which bills itself as the largest annual film festival in Poland and Eastern Europe.

Related: Daniel Craig explains the night he was seen kissing another man & why he goes to gay bars

According to the festival’s organizers, Waters will receive the coveted India Star Award for lifetime achievement in filmmaking.

“I’ve never been to Poland so I’d love to spread my filth,” Waters said in a phone interview.

Same-sex sexual activity has been legal in Poland since 1932 when the country set 15 as the age of consent for both males and females. Transgender people are allowed to have gender-affirming surgery, and lesbians, gays, and bisexuals can serve in the military.

But according to a 2021 report by the International Lesbian, Gay, Bisexual, Trans and Intersex Association, the status of LGBTQ rights in Poland is the worst among European Union countries. Same-sex couples aren’t allowed to adopt children, for example, and they have limited cohabitation rights.

Waters, who is gay and a strong advocate for LGBTQ rights, acknowledged that he’s aware of the human rights issues in the country.

“I’m looking forward to going there,” he said. “It’s going to be quite interesting.”

An English translation of the program says that Waters, 75, is being honored for his “lifetime colorful creation” and “completely uniqueness,” starting as an independent filmmaker in the 1960s and early 1970s.

The festival is presenting a retrospective of his movies, including Pink Flamingos, Female Trouble, Cecil B. Demented and both the 1988 and 2007 versions of Hairspray, as well as the documentary I Am Divine, about Waters’ muse, the late Harris Glenn Milstead.

Waters is scheduled to deliver a “masterclass” about filmmaking and one of his signature spoken-word performances, “specially adapted to Polish reality.”

His stand-up show at the Vertigo Jazz Club and Restaurant will be followed by a tribute to Divine performed by local drag queens and kings. The Divine portion is organized by a drag star named Our Lady and billed as “We Are Divine.”

Waters’ spoken word show and the Divine drag tribute are ticketed separately from the rest of the festival. Still, in highlighting both Waters and Divine, the American Film Festival will be one of the first to draw attention to the 50th anniversary of the release of Pink Flamingos, the film that made Divine famous, on March 17, 1972.

Wroclaw is one of more than 20 cities that the Baltimore-based writer and filmmaker plans to visit over the next three months as he resumes a busy tour schedule after missing more than three dozen events last year due to the theater closings and travel restrictions associated with the COVID-19 pandemic.

He’s also revamping his monologues to make sense in a world altered by the pandemic and even changing the title of his This Filthy World shows, which he typically performs before Thanksgiving. The new name is False Negative, a nod to the testing mishaps that have taken place during the pandemic.

On October 16 and 17, Waters will be in Oakland, California, hosting “Halloween Meltdown with John Waters.” It’s an indie music festival that’s replacing the ‘Burger Boogaloo’ punk rock event he usually hosts there in the summer.

Also in late October, leaders of the Baltimore Museum of Art will name restrooms after him in a private event in return for his pledge to donate the bulk of his personal art collection to the museum, where he just joined the board of trustees.

He acknowledges that he’s “a little nervous” about getting back on the road in such a big way, “because, you know, I’m back out there.” But he notes that he’s had a few dry runs, including serving as host for an Orville Peck concert in Colorado in July and his own Camp John Waters weekend in Connecticut for superfans in September. “I’ve already been on the road.”

One change between last year and this year in terms of getting around, Waters said, is that planes are fuller because more people are traveling.

“During the pandemic,” he said, “I went to Rome. I went to L. A. I went to San Francisco. I lived in Provincetown all summer where the big outbreak was. But at the same time, I’m cautious. The difference was, in the middle of the pandemic I flew and there were three people on the plane. It was fine. Now they’re packed.”

Although the news has been full of stories about some people having mask-related meltdowns in the air, “I haven’t been duct-taped to the seat yet,” he quipped.

Waters said the film festival in Poland is a good example of the way the COVID-19 pandemic has made it difficult for performers to go on tour in recent months, even if they wanted to.

“It’s been in the works for two years because it keeps getting canceled with COVID,” he said. “It’s like everything. It keeps getting moved and changed.

Does he have many fans in Poland?