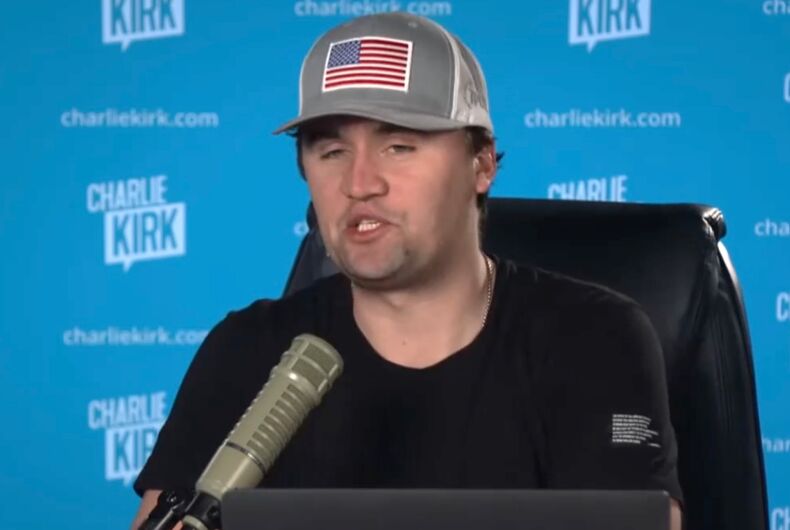 Both faculty and students from Burlington High School strutted across the field as drag queens and kings last week as the crowd in the stands went wild. Kirk, however, felt they were putting America in danger.

“Meanwhile, at a high school in Vermont, just to kind of show the state of the nation, what are they doing during a high school football game? Oh, they’re having a drag show,” Kirk said, before referring to Burlington as “Godless” and “soulless.”

He then brought Dave Chapelle into the conversation. Referring to the Netflix special in which Chapelle makes transphobic jokes and which led Netflix employees to stage a walkout on Wednesday, Kirk complained that “Dave Chapelle is now being potentially canceled for being hilarious.”

In his special, The Closer, Chapelle announced he is a transgender exclusionary radical feminist (TERF) before launching into a derogatory diatribe about transgender women’s genitals.

Kirk also mocked International Pronoun Day before making the non sequitur that if China heard about any of this they’d attack Taiwan.

“If I were [Chinese leader] Xi Jinping, and I saw that Netflix employees were walking out over saying that gender is a fact, if I was Xi Jinping and I saw drag queen halftime show, I would take Taiwan over lunch.”

“The transgender garbage is making America a dangerous place. It allows our enemies an opportunity to take us over.”

Kirk founded Turning Point America and Students for Trump. He has cheered the Big Lie and promoted several of former President Donald Trump’s worst conspiracy theories. He agrees with Trump’s blatant racism and helped to stoke the Capitol insurrection by MAGA followers.

Kyrsten Sinema is having a really bad week. Even other out congress members are condemning her now.